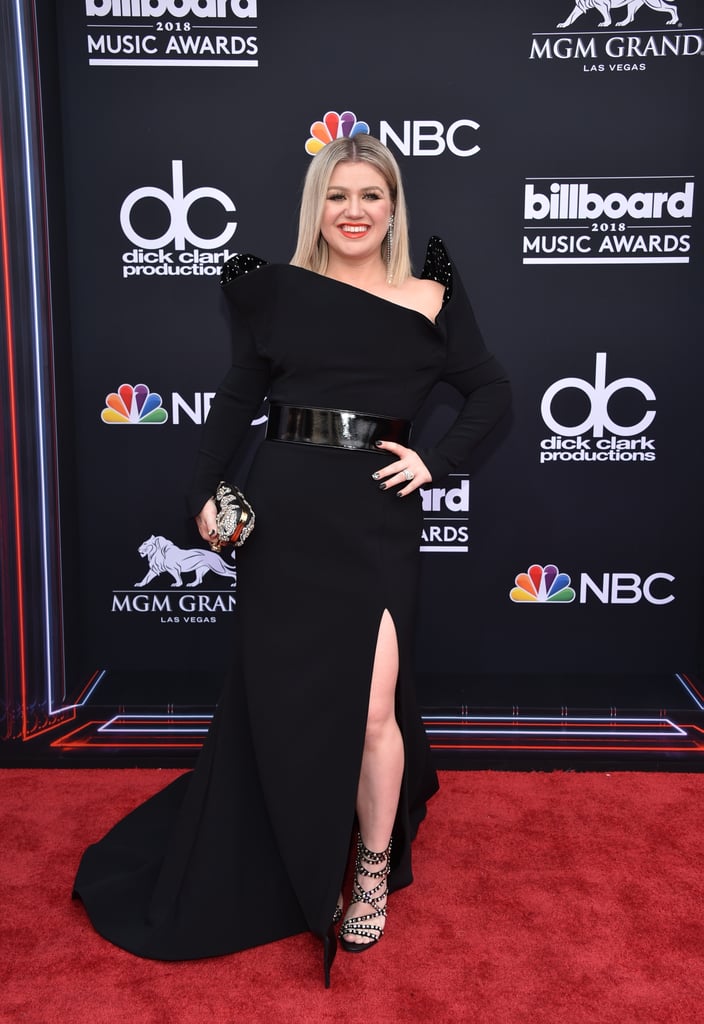 One hot mama! Kelly Clarkson strutted her stuff on the red carpet at the 2018 Billboard Music Awards before hosting the show later in the evening. The 36-year-old singer and proud mom of two opted for a black dress sculpted with dramatic high shoulders, and all we can say is "slay, Kelly, slay!"

"Look at this drama!" the singer told E! red carpet correspondent Jason Kennedy before revealing she was rocking a Christian Siriano design. The original American Idol winner will also perform during tonight's award show ceremony along with Janet Jackson who will receive the coveted Icon Award. Keep reading to see more of Kelly's smoking hot look, because who doesn't like a little drama, am I right?