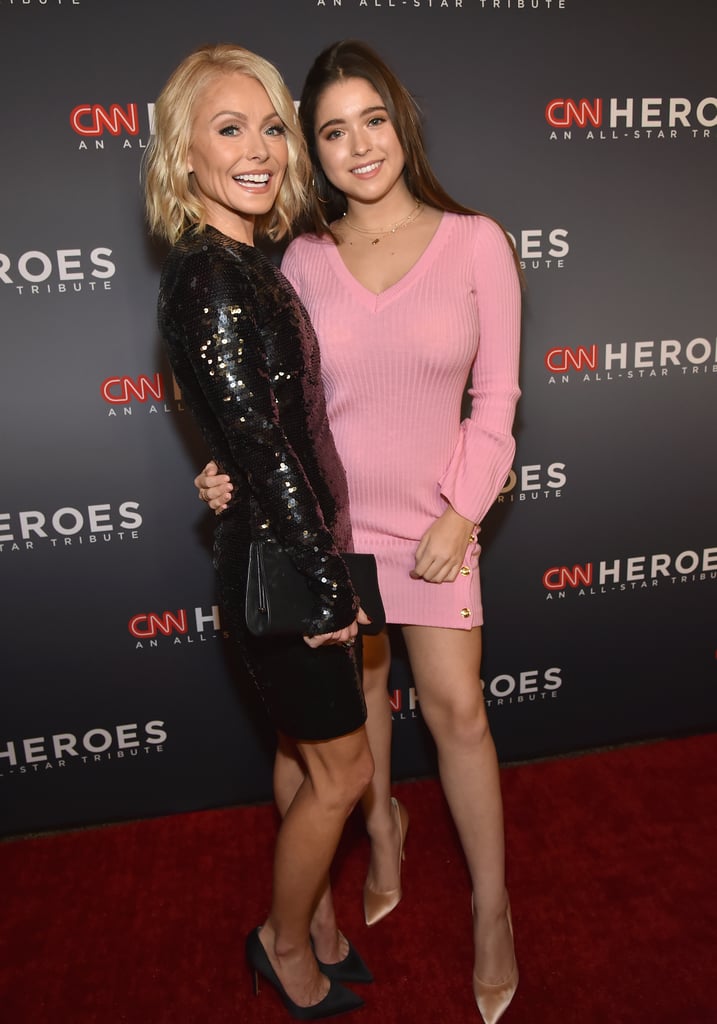 Kelly Ripa and her daughter, Lola Consuelos, were two of a kind when they attended the CNN Heroes All-Star Tribute event in NYC on Sunday night. Kelly was on hand to cohost the annual ceremony with pal Anderson Cooper, but it was ultimately 16-year-old Lola who ended up stealing the show in a pink dress. Seriously, how grown up does she look? After striking a few poses on the red carpet, the family made their way inside the American Museum of Natural History, where they were joined by Kelly's husband, Mark Consuelos, and 10 heroes were honored for their philanthropic work.

The last time Kelly and Lola hit a red carpet together was at the 2017 New Jersey Hall of Fame Induction Ceremony back in May, though Kelly did share a festive photo of "the Consuelos gang" on Instagram over the weekend.