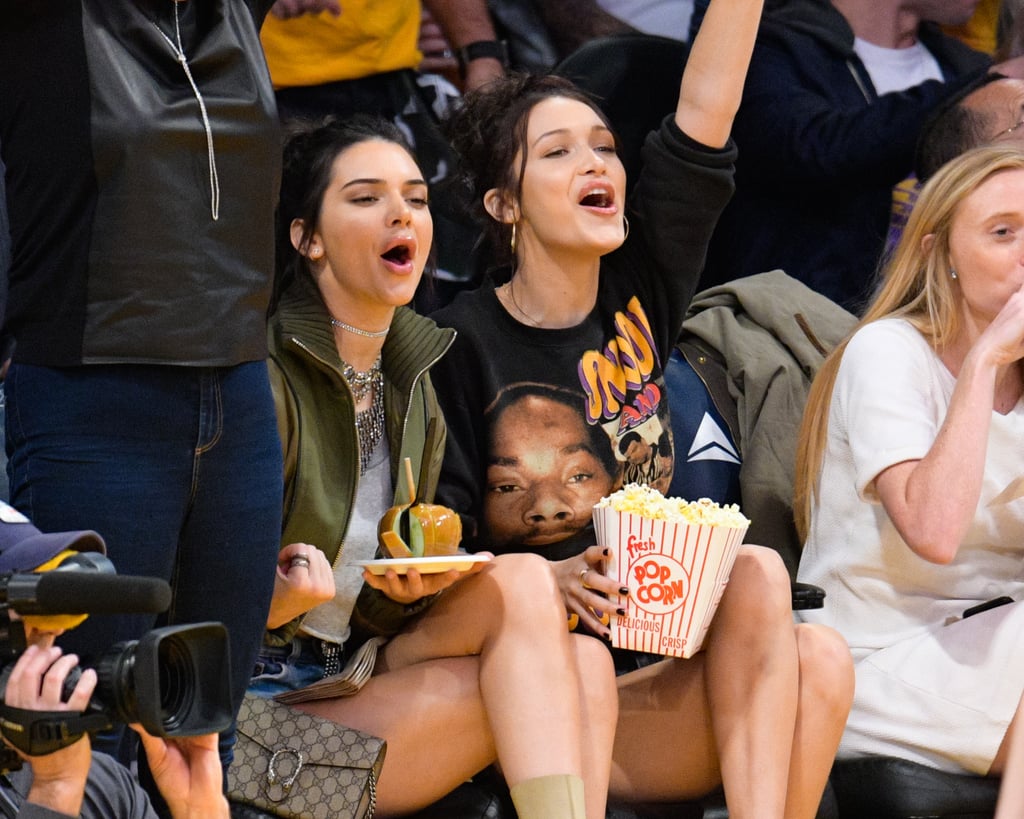 Kendall Jenner and Bella Hadid attended a basketball game between the Dallas Mavericks and the Los Angeles Lakers on Tuesday night at the Staples Center, and judging from the photos, they were having a much better time than the rest of America. The supermodel duo cheered on the home team while munching on candy apples and popcorn, posed for pictures with fans throughout the night, and held hands as they made their way out of the arena. Although Kendall is usually spotted out and about with her BFF and Bella's older sister, Gigi Hadid, she and Bella have hung out plenty of times before, including vacationing together in August.