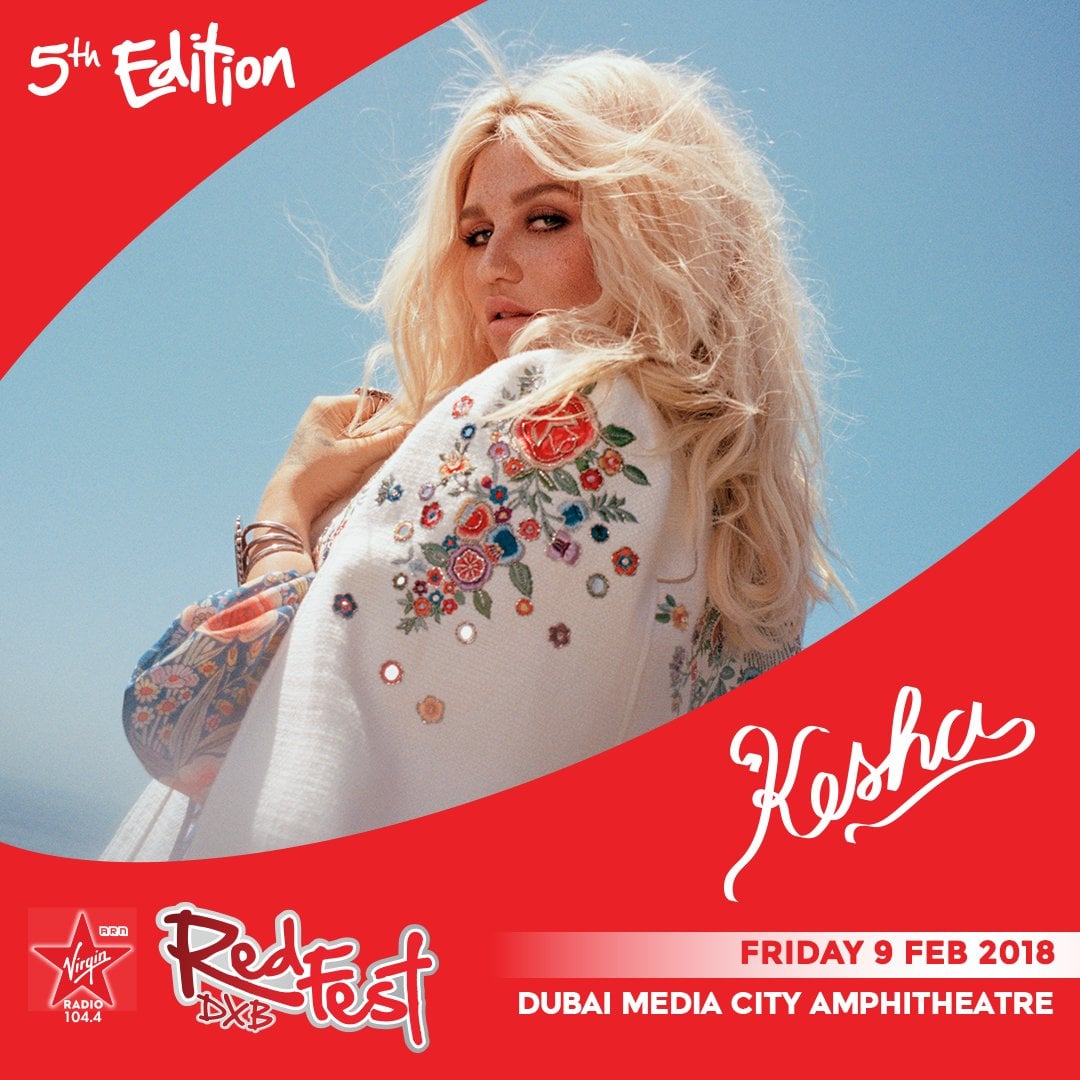 Kesha is headlining the second day of RedFestDXB 2018. The festival returns to Dubai Thursday February 8 and Friday 9 and yesterday it was revealed that The Chainsmokers would take to the stage on the first night. Now "Tik Tok" singer Kesha, has been added to the lineup. It will be her first time in Dubai, she wrote on Twitter: "Animals!! I'm so excited to be performing in Dubai for the first time ever on February 9! Can't wait to see y'all there."

On the Friday night she'll be joined by the likes of Bebe Rexha, the 28-year-old singer who supported Justin Bieber at his Dubai gig earlier this year, plus Craig David and Marshamello will appear at the Media City Ampitheatre.

The event is sponsored by Virgin Radio 104.4 and French Lebanese artist, Anthony Touma as well as DJ Dany Neville will entertain crowds once the big headliners have done their sets.

Tickets for the event's fifth year cost AED395 for a single day and AED695 for weekend access. In the past over 75,000 people have attended the festival.

As well as the Chainsmokers, RedFestDXB will also see rapper Russ and Kelli-Leigh perform.

Animals!! I'm so excited to be performing in Dubai for the first time ever on February 9! Can’t wait to see y’all there 💖✨💖 pic.twitter.com/8PGxxj0fCe

This is 🎵Meant To Be🎵 and we can’t wait to see her perform live. @BebeRexha confirmed as part of the Day 2 RedFestDXB lineup and we couldn’t be more excited! #redfestdxb #redfestdxb2018 #virginradiodxb #virginradiodubai #beberexha pic.twitter.com/su7OueYEpG