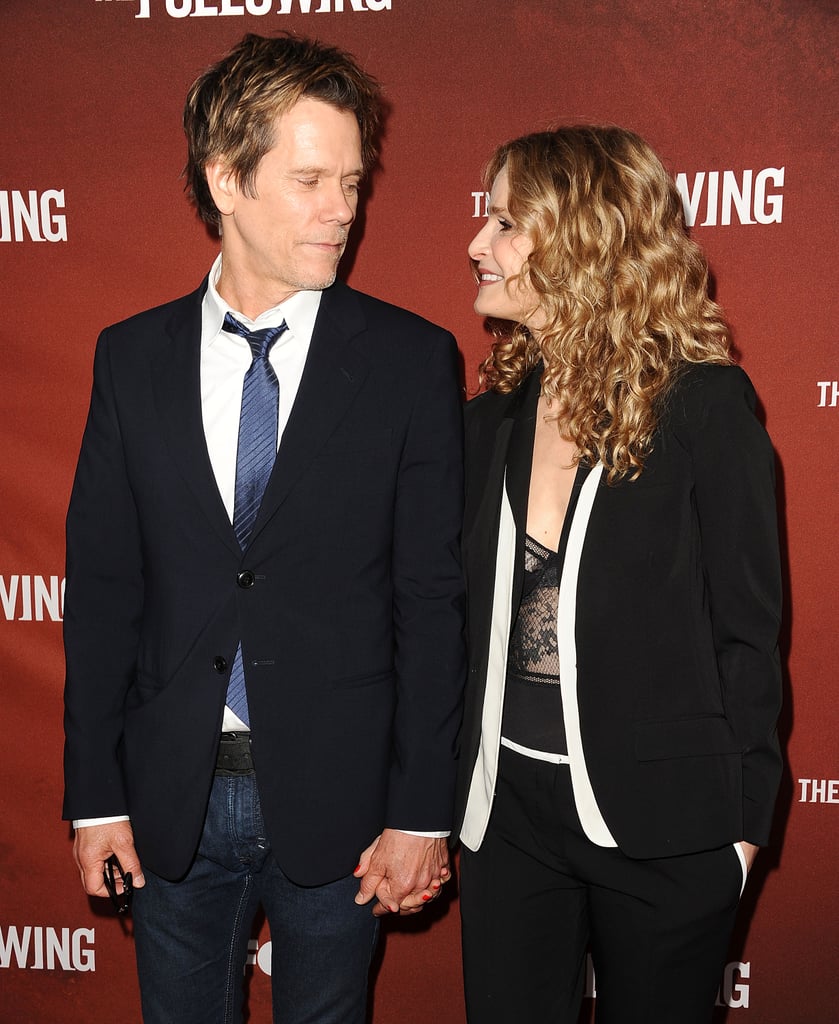 After 27 years together, Kevin Bacon and Kyra Sedgwick are still going strong. The couple, who first met on the set of their 1988 film Lemon Sky, always look so in love on the red carpet, but their relationship wasn't exactly love at first sight. Even though Kyra thought that her costar was "cocky" at first, Kevin didn't stop pursuing her. In September 1988, the two tied the knot and have since welcomed two children, son Travis and daughter Sosie, who has followed in her parents' acting footsteps with her recent role in 13 Reasons Why. Keep scrolling to see their nearly three-decade-long romance in pictures.