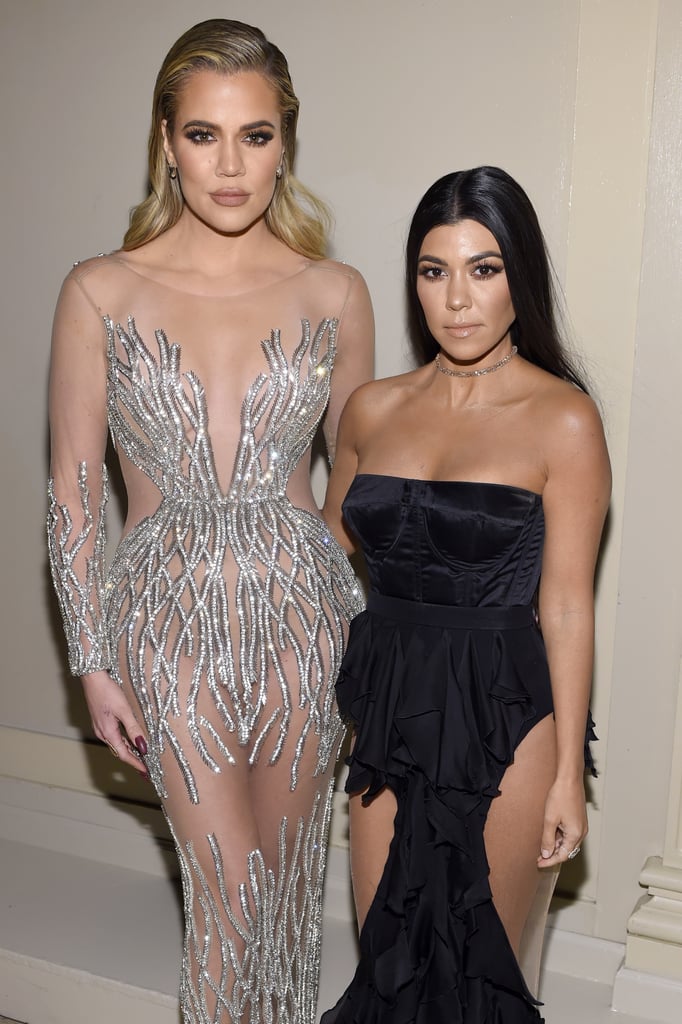 Khloé and Kourtney Kardashian made a glamorous appearance at the annual Angel Ball in NYC on Monday night. Clad in floor-length gowns, the ladies were joined by mom Kris Jenner and her boyfriend Corey Gamble at the event, which was hosted by Gabrielle's Angel Foundation for cancer research. In addition to making a $250,000 donation to the charity and linking up with pals Simon Huck and Jonathan Cheban, it was an especially big night for the family as Kourtney and Khloé's late father, Robert Kardashian, was honored at the ball. Robert, who was best known for being one of O.J. Simpson's defense lawyers, died of esophageal cancer back in 2003. It was originally reported that Kim Kardashian would make her first red carpet appearance since her Paris robbery at the fete, but she has allegedly "rushed [back to LA] to be by Kanye West's side" after he was hospitalized for exhaustion earlier today.