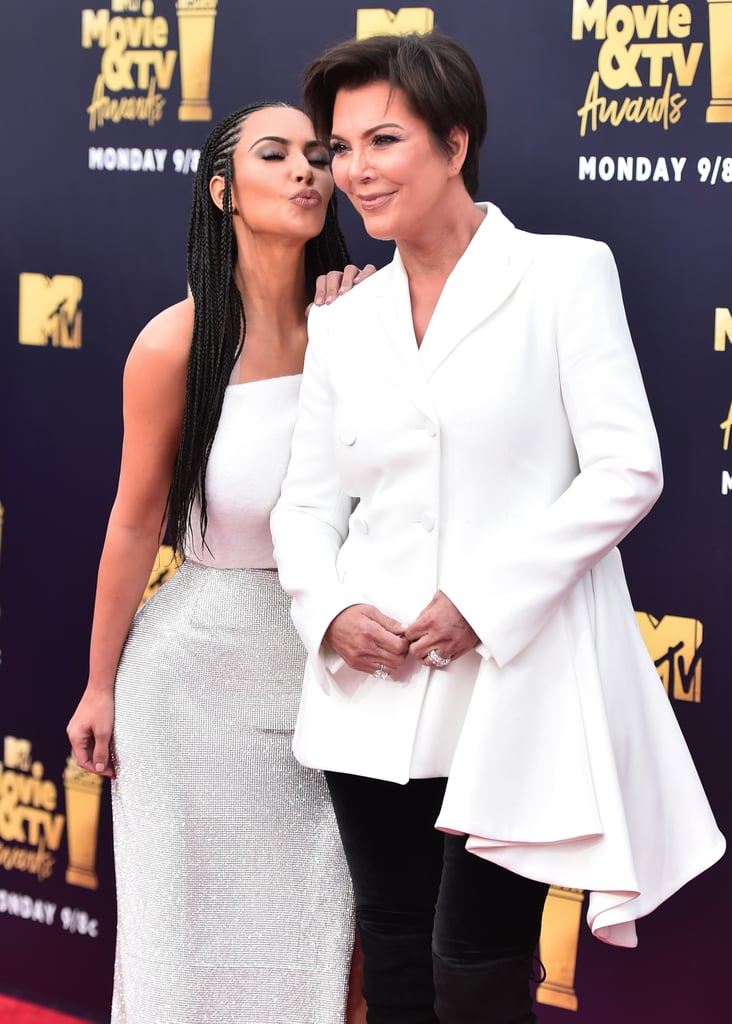 Kim Kardashian hit the red carpet with her mom, Kris Jenner, at the MTV Movie and TV Awards in NYC on Saturday. The mother-daughter duo stuck to a black-and-white color palette for their looks and stayed close while posing for photos together. Kim chose to wear her hair in cornrows for the event, which served as a painful reminder of her Bo Derek-inspired photo shoot back in February. The reality TV star and mother of three has come under fire for wearing culturally appropriated looks, but as she told Instagram commenters earlier this year, she gives "zero f*cks."

Kim recently made headlines for helping to free great-grandmother Alice Marie Johnson from jail by urging Donald Trump to grant her clemency on her life sentence. The two women met for the first time in an interview for Today last week, and Kim revealed her plans to continue fighting for prison reform.