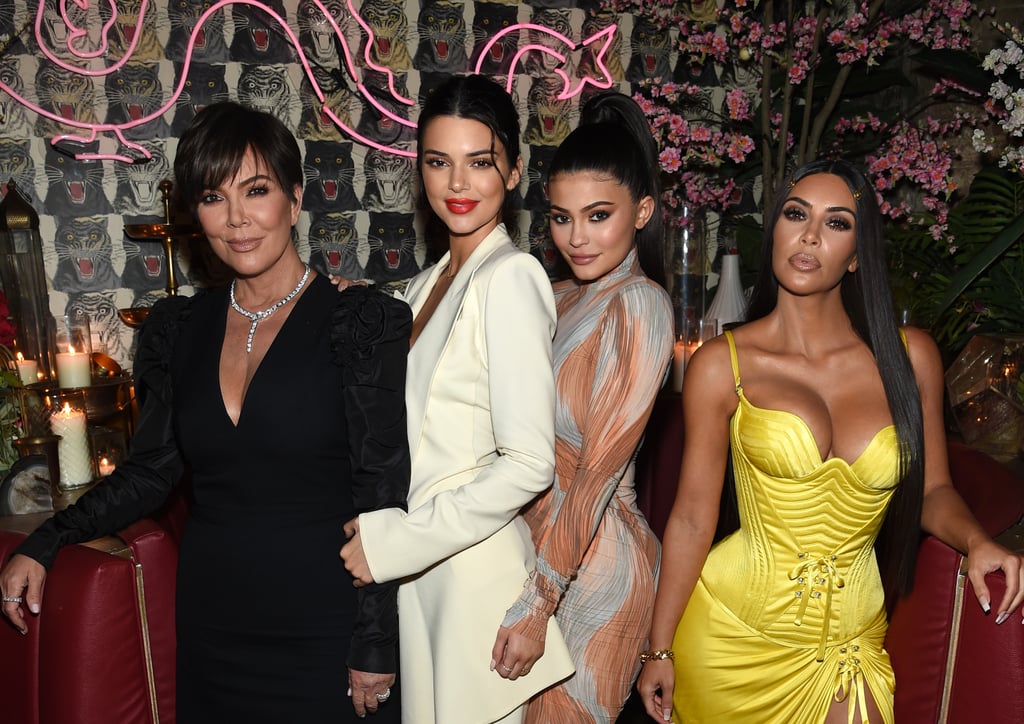 Kim Kardashian was joined by her mom, Kris Jenner, and sisters Kylie and Kendall Jenner for a night out at the Business of Fashion issue launch event in NYC on Tuesday night. True to form, Kim showed off her famous figure in a curve-hugging yellow Versace dress, echoing the design she wore to the Met Gala earlier this week. Kim covers Business of Fashion's recent Age of Influence issue. Inside the event, she posed for photos with pals Padma Lakshmi and LaLa Anthony.

All four Kardashian-Jenner ladies were in attendance at the Met Gala on Monday night. Kylie made her red carpet debut with boyfriend Travis Scott, and the couple shared some sweet PDA while posing for photos. While Kim was solo at the event, she made sure to tweet a message to husband Kanye West, saying, "Wish you were here." Kanye, who has sent out his own spate of controversial tweets recently, is currently finishing up his album in Jackson Hole, WY.