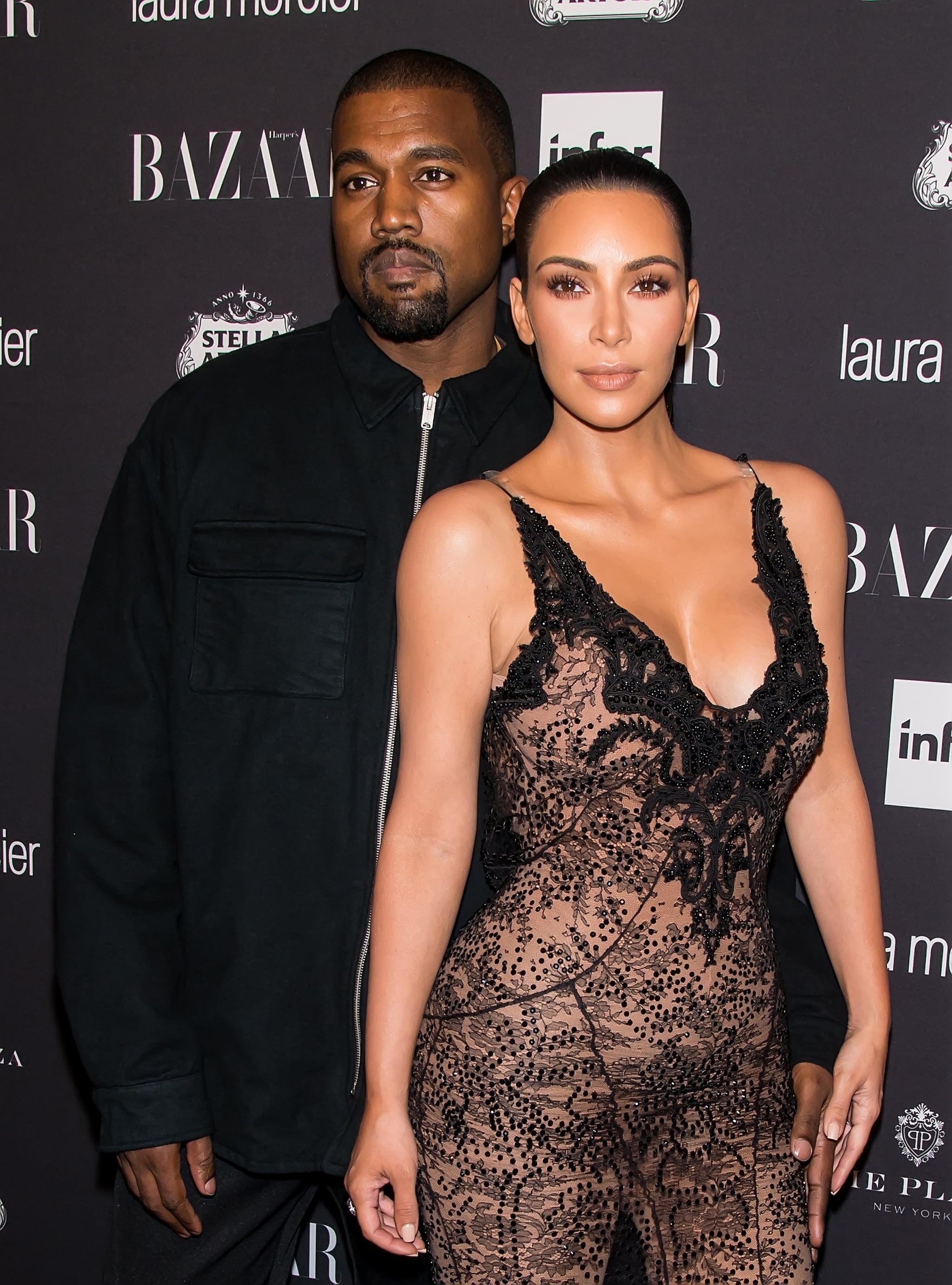 Kim Kardashian has been taking care of husband Kanye West since his hospitalization for exhaustion. The reality TV star has been "helping to feed him and lying by his side," and according to a source, "She knew he couldn't keep going the way he was." Kim, who shares daughter North and son Saint with the rapper, even spent Thanksgiving with him at the hospital, "keeping a very close watch on him and not letting people disturb him."

Kanye was admitted to the Ronald Reagan UCLA Medical Center on Nov. 21 after an incident at his personal trainer's home. He was reportedly acting "erratically" and was placed in a 5150 involuntary psychiatric hold. Though the "Fade" singer went on a number of rants during his Saint Pablo concerts — and ultimately canceled the remaining 21 tour dates — it is being reported that Kim's terrifying Paris robbery back in October is the catalyst for Kanye's breakdown; according to a source, the attack "triggered everything": "It did a number on him as much as Kim," the insider said, adding, "The mere thought that anything could happen to her sent him in a tailspin. He wasn't sleeping and he was having nightmares about it." They went on: "Kim is his family and the only family he really has now. They took him in and embraced him. So seeing Kim traumatized did a major number on him."