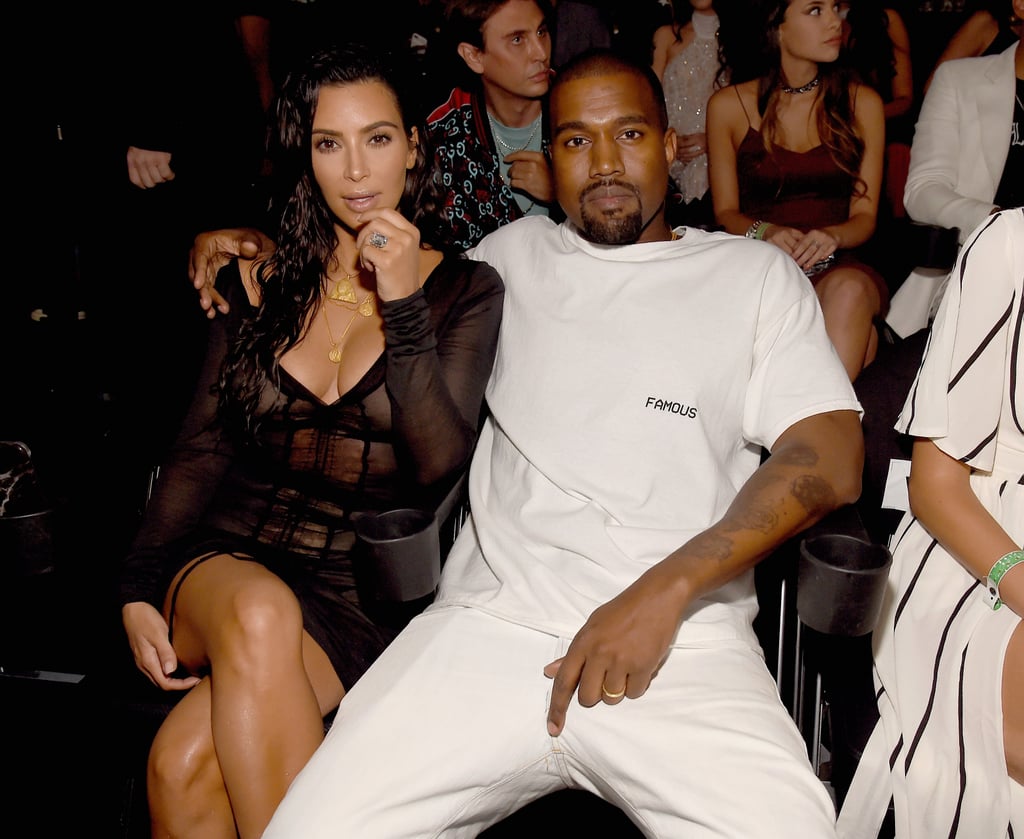 Did Kim Kardashian's Diamond Ring Look Bigger at the VMAs? That's Because It Was

Kim Kardashian had plenty to smile about when she attended the MTV Video Music Awards in New York City on Sunday night. In addition to the small but monumental task of introducing Britney Spears's triumphant return to the VMAs stage, the reality star also beamed from the audience when her husband, Kanye West, spoke candidly to the crowd about art, his Taylor Swift feud, and making history. But while Kanye's infectious smile was probably enough to make her night, there was something very sparkly on her finger that we couldn't help but notice. While hitting the red carpet in a sexy black dress, Kim revealed a massive new diamond ring that was noticeable larger than the 15-carat Lorraine Schwartz rock Kanye proposed with back in 2013. According to People, the ring, which appears to be an emerald cut with more sharply defined corners, was a recent gift from Kanye. Kim may have also worn it in their recent photo spread for the August issue of Harper's Bazaar. If this is just an average, everyday present, what will he do for Christmas this year?!