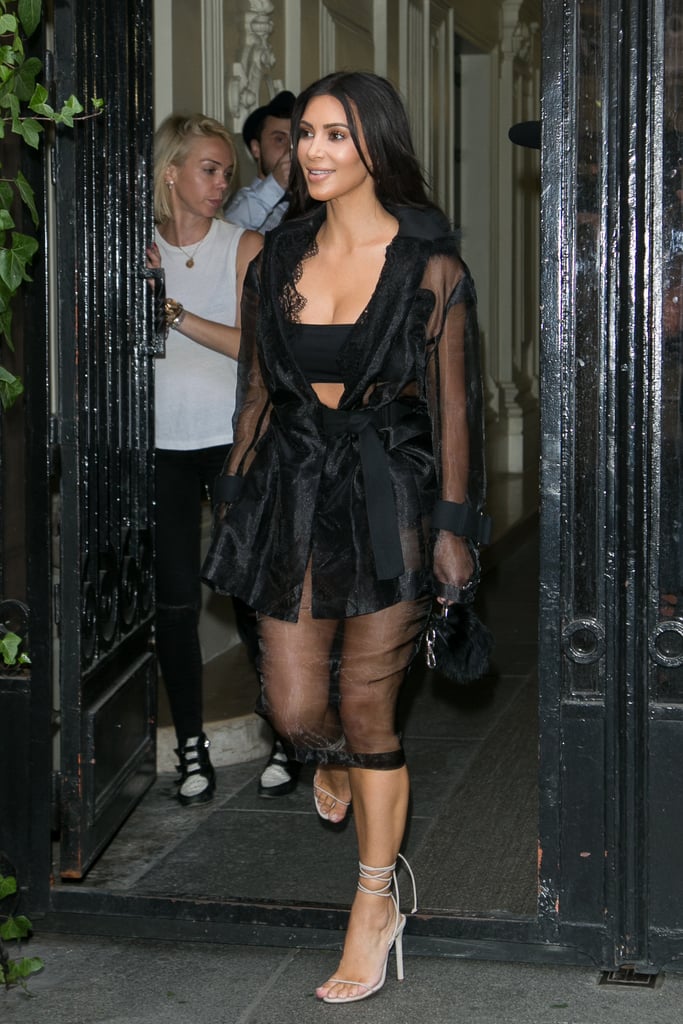 Kim Kardashian flaunted her gorgeous figure while out and about in Paris on Wednesday. The reality star rocked a sheer black number as she walked around the city with her mother, Kris Jenner, and Corey Gamble. The trio are currently in France ahead of Paris Fashion Week. Earlier in the day, Kim made headlines when she was harassed by self-proclaimed prankster Vitalii Sediuk outside L'Avenue restaurant. After kissing Kim's infamous butt, her security team was quick to tackle him to the ground. "My security @PascalDuvier is a G," she tweeted in response to the incident. Sadly, this isn't the first time the Ukrainian native has gotten physical with a celebrity. Not only did he almost knock down the mother of two back in 2014, but he also recently ambushed Gigi Hadid after a Milan fashion show.