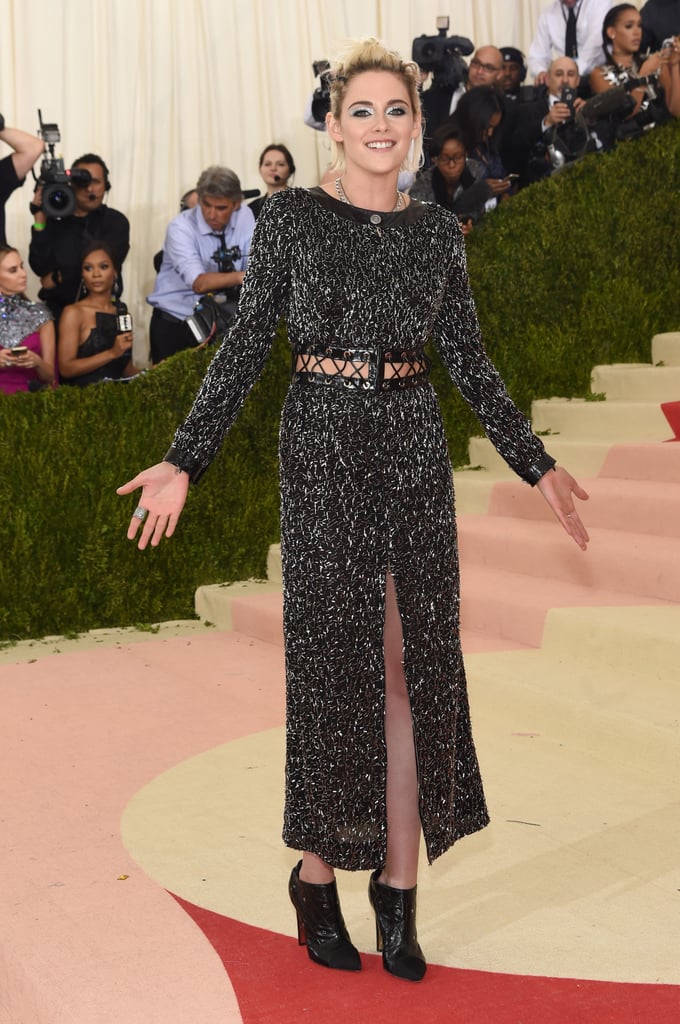 Kristen Stewart was one of the many stars on the Met Gala red carpet in 2016, but she might have been one of the coolest. The actress was her usual down-to-earth self as she posed for photos and showed off her sparkly high-slit dress. While Kristen attended the fete solo, all most people have been talking about is her relationship with Soko. On top of their flurry of PDA-filled outings, Soko recently opened up about Kristen for the first time, admitting that the way she met Kristen was "very OG." Read on to see more of Kristen's night out, and then look back at all the people she's dated.