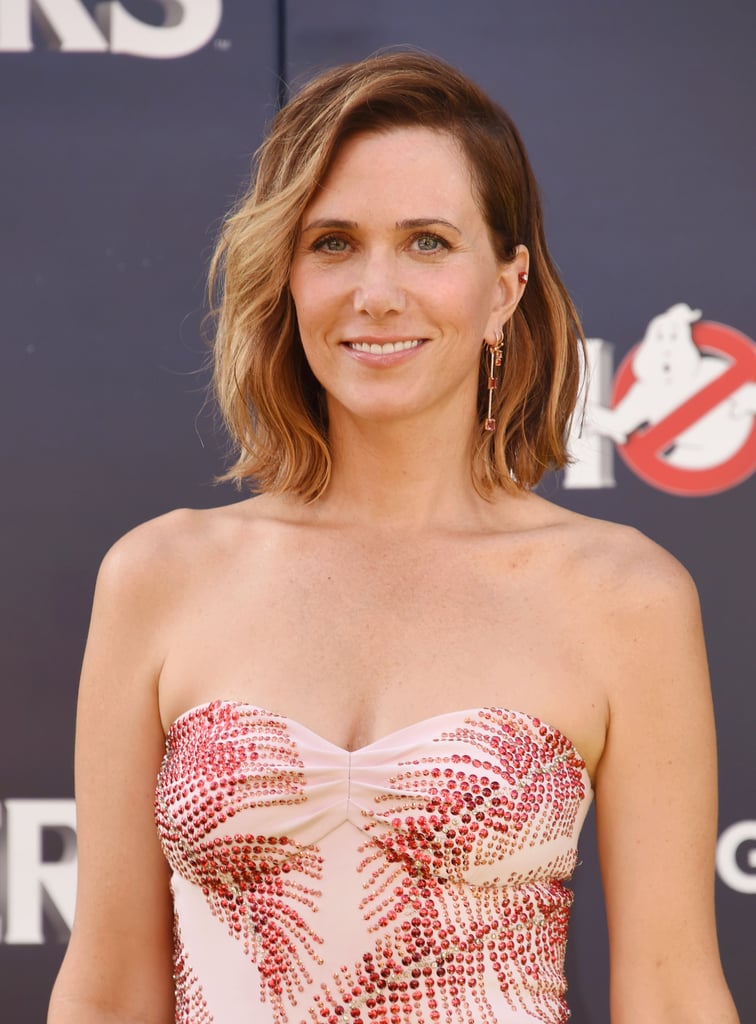 Kristen Wiig stars alongside Melissa McCarthy, Leslie Jones, and Kate McKinnon in the much-anticipated Ghostbusters reboot, and a handful of photos of the actress are going viral for a really great reason. At the movie's LA premiere last week, Kristen walked the red carpet and stopped to meet a group of young girls dressed in head-to-toe ghostbusting gear. They were part of a dance troupe that performed during the event, and the look on their faces while meeting the former Saturday Night Live star spoke volumes. Ghostbusters has been criticized by some for having an all-female cast — criticism that Melissa McCarthy expertly shut down during a recent interview — but these snaps of Kristen high-fiving and laughing with a group of elated-looking little girls is more than enough to silence any sexism. How excited do they look to meet a superhero role model?