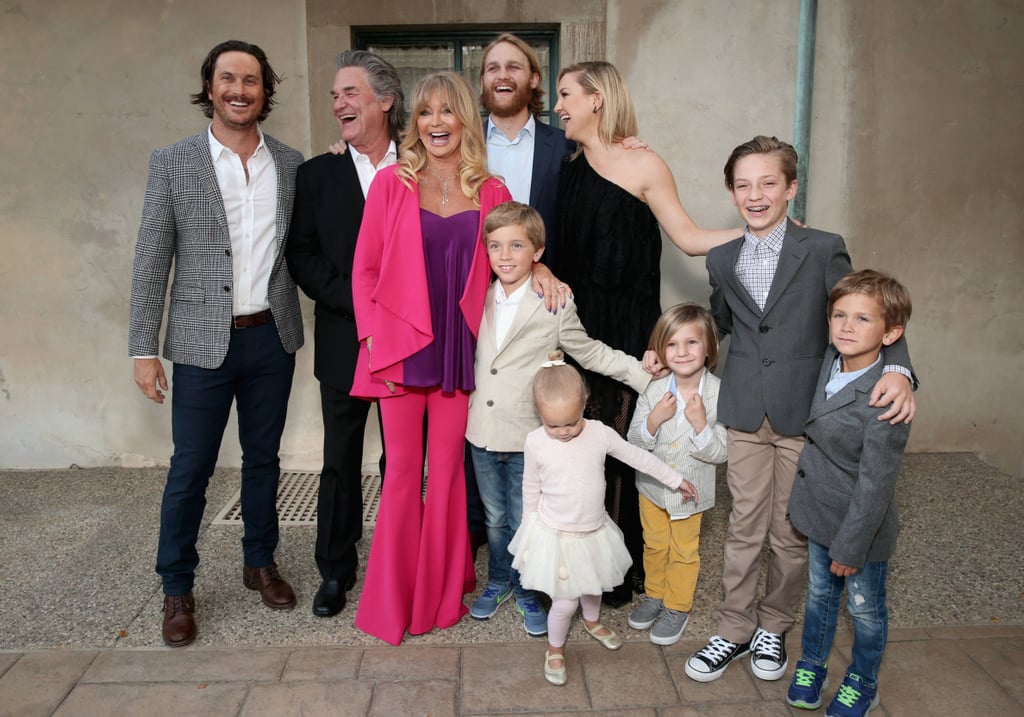 Kurt Russell and Goldie Hawn have one epic romance, but the only thing sweeter than their love story is their adorable blended family. Together, they share four children: Boston Russell, from Kurt's previous marriage to Season Hubley, Kate and Oliver Hudson, from Goldie's previous marriage to Bill Hudson, and their son, Wyatt, who they welcomed in 1986. In addition to their kids, they also have five grandchildren. While they have been known to post about their sweet family life on social media, they have also brought out the Russell/Hudson clan on the red carpet from time to time. See some of their sweetest photos here.