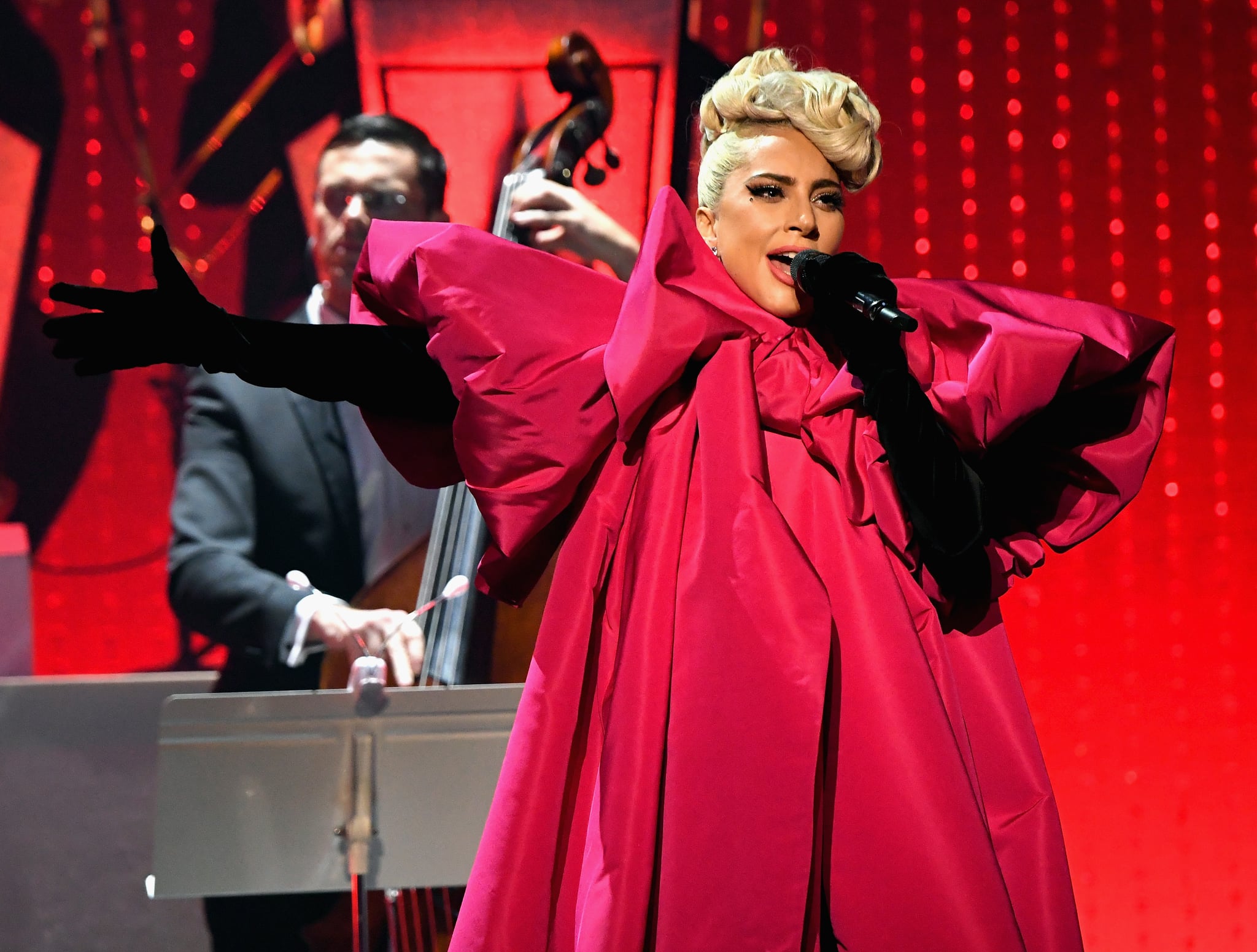 Here's some exciting news to "fill that void" — Lady Gaga will perform at the Grammys this year and will likely sing "Shallow." Are we blessed, or what?

On Tuesday, the Recording Academy announced that the Oscar-nominated A Star Is Born actress will take the stage at the organization's 61st annual ceremony on Sunday, which marks her fifth performance in a row. Since 2015, Gaga — who is up for five Grammys this year — has hit the stage for everything from a colorful, moving David Bowie tribute, to a collaboration with Metallica that convinced everyone she needed to put out a hard rock album.

Although the Academy has yet to confirm that "Shallow" will be the song Gaga does indeed perform, it seems like there's a pretty strong chance. The song is nominated for record of the year, song of the year, best song written for visual media, and best pop duo performance. While Gaga is also nominated for best pop performance for "Joanne (Where Do You Think You're Goin'?)," she performed that song at last year's show, so it seems highly unlikely she'd sing it again. Here's hoping she brings Bradley Cooper out to sing with her.