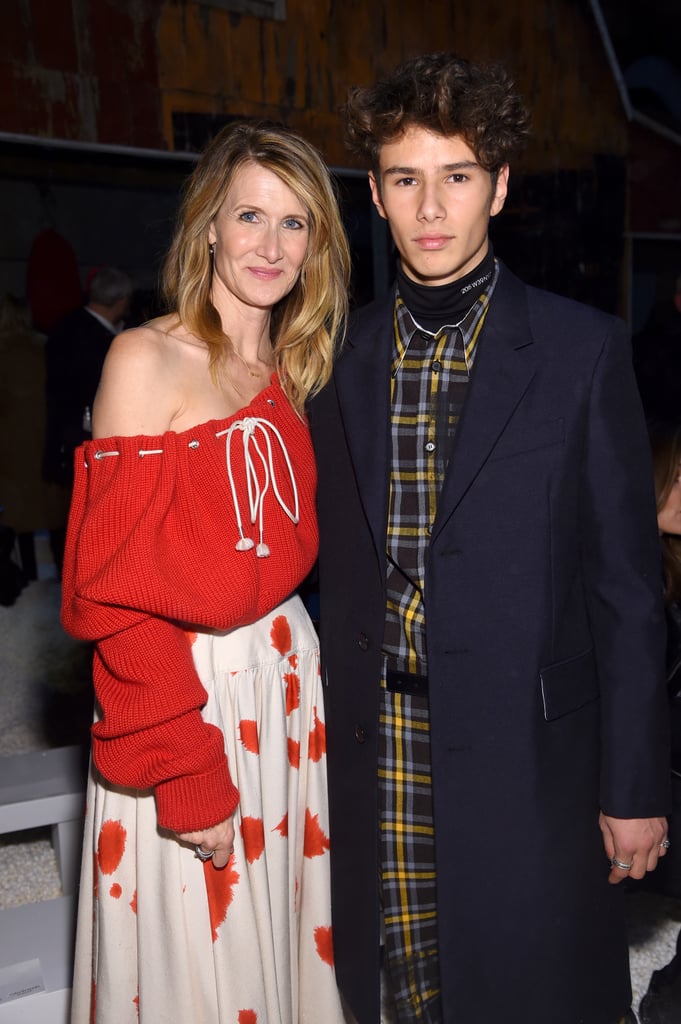 Laura Dern stepped out with her handsome son Ellery Harper at the Calvin Klein runway show on Wednesday, but he wasn't her date — technically, the 16-year-old aspiring model and fashion designer brought her as a plus-one. "Really I'm attending with Ellery, who is an invited guest of Raf [Simons] — they have a beautiful connection," the Big Little Lies star told WWD at the show. Ellery added that the Calvin Klein designer originally asked him to walk in the show, but that his dad, musician Ben Harper, "had different opinions." "He wanted him to wait a little bit more," Laura chimed in. Inside the popcorn-covered event, Laura and Ellery sat front row and met up with her Big Little Lies costar Nicole Kidman, as well as Margot Robbie and actor Kyle MacLachlan.

Ellery and his 13-year old sister Jaya have been making more and more appearances with their famous mom, especially during award season. They were on hand to see Laura win an Emmy in 2017, and Jaya also accompanied her mom to the SAG Awards in January, where she was nominated for her role on the hit HBO series. Keep reading to see photos from Ellery and Laura's sweet mother-son date.