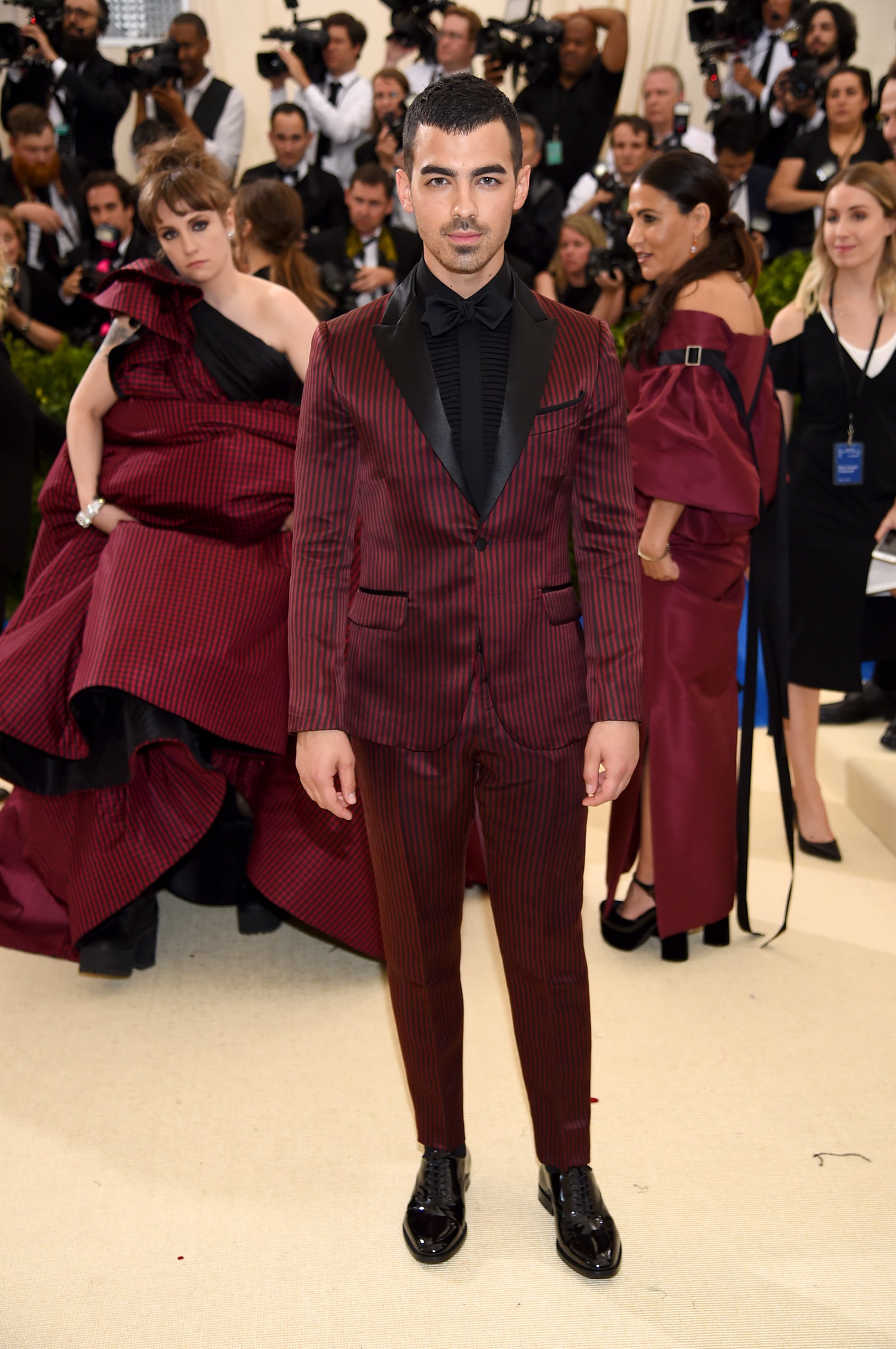 The Met Gala went down in NYC on May 1 2017, and while it definitely was a sophisticated and glamorous affair, there were still some hilarious moments that happened. One of those moments at this year's event was courtesy of Lena Dunham, who hilariously poked fun at a photo of her creeping behind Joe Jonas. She tweeted the snap shortly after it happened, writing, "In my rightful place, lurking behind a Jonas #MetGala 😐😐😐." Since Joe didn't pose for photos with his girlfriend, Sophie Turner, he was free for people to stare at. And honestly, if we were on that carpet, we would be creepin' right alongside you, Lena.