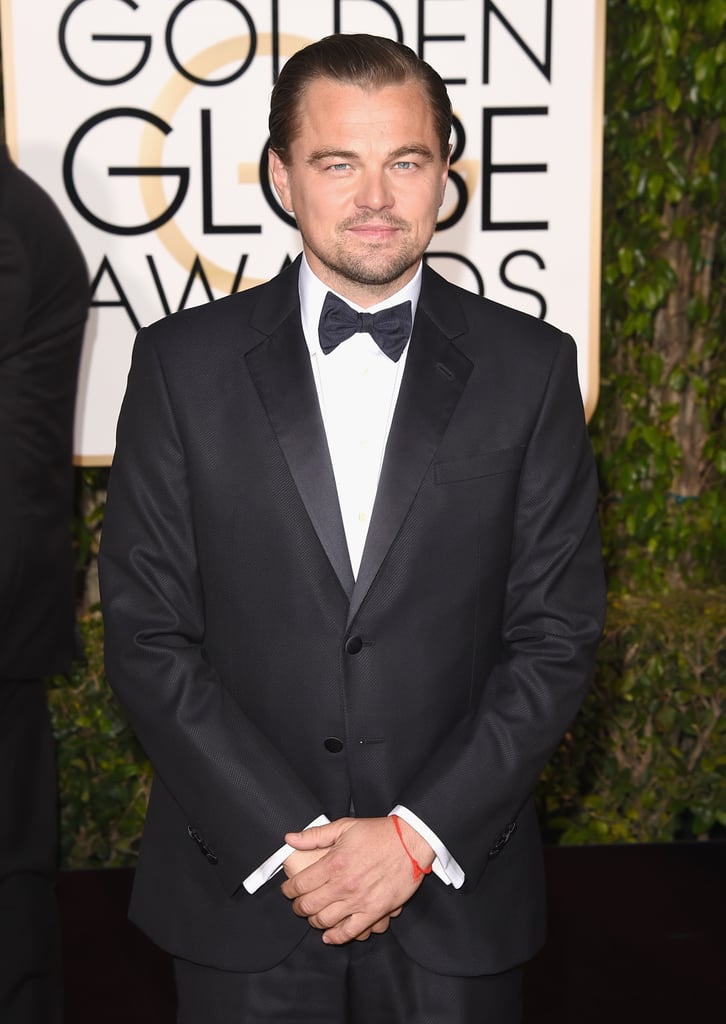 Leonardo DiCaprio and Kate Winslet starred in Titanic together way back in 1997, but their love for each other is definitely still going strong. The Revenant actor spoke about his former costar and longtime friend while walking the red carpet at the Golden Globe Awards in Beverly Hills on Sunday. Leo stopped to speak to Entertainment Tonight's Nancy O'Dell and said, "She's my favorite actress in the industry." And in case that didn't make you melt into a puddle, he further revealed that he brought his dad to the big show, saying, "My pops is with me!" Once inside the event, Leo then had a hilarious moment with Lady Gaga. Keep reading to see more highlights from his night, and then check out his hilarious impression of a female flight attendant.