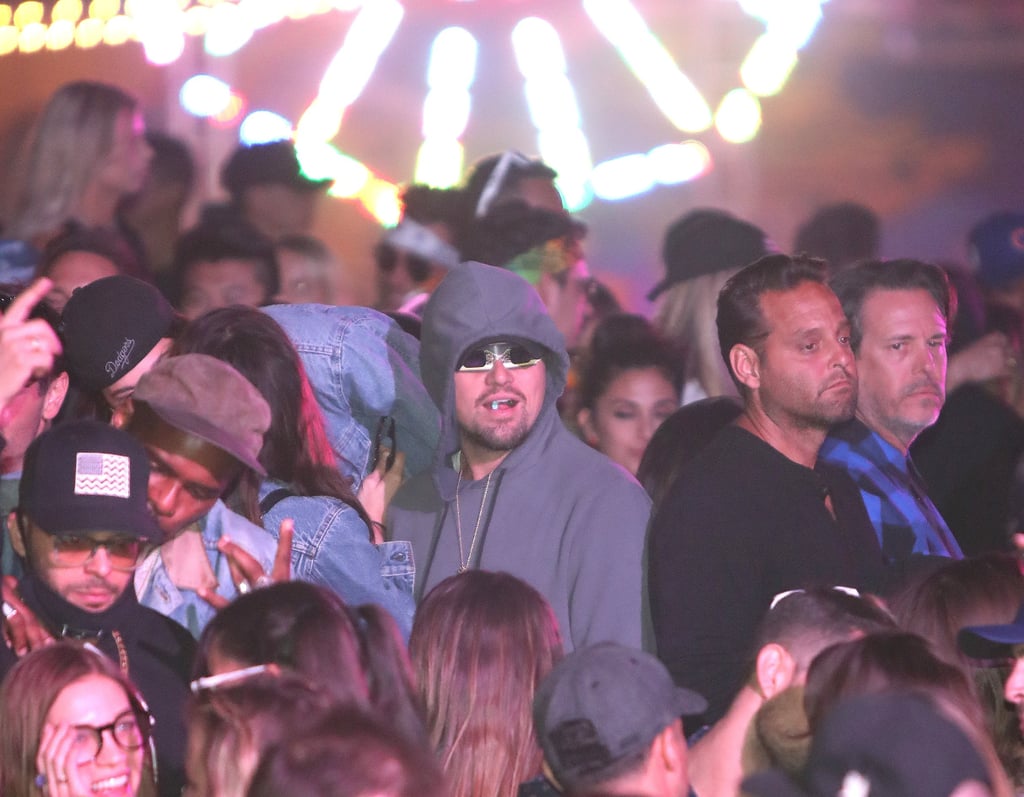 Coachella always brings the stars out — both on stage and in the crowd — and 2018 was no exception. Leonardo DiCaprio returned to the desert on April 14 and once again attempted (and failed) to go incognito. The 43-year-old actor, accompanied by two women, popped up at the Neon Carnival, a few miles from Coachella. Leo kept his hoodie up and his sunglasses on, presumably to blend into the crowd. It's hard to see exactly who he was getting cuddly with, but if we had to guess, we'd say there's a good possibility it's his rumored girlfriend, model Camila Morrone.

According to TMZ, earlier in the day, Leo and Camila were spotted at a party hosted by his rumored former flame — Rihanna. Once upon a time, it was Leo and Rihanna standing together in the Neon Carnival crowd, but, oh, how times have changed.

Keep reading to see more pics of Leo's night undercover and make sure to check out all our favorite snaps of stars living it up at Coachella.