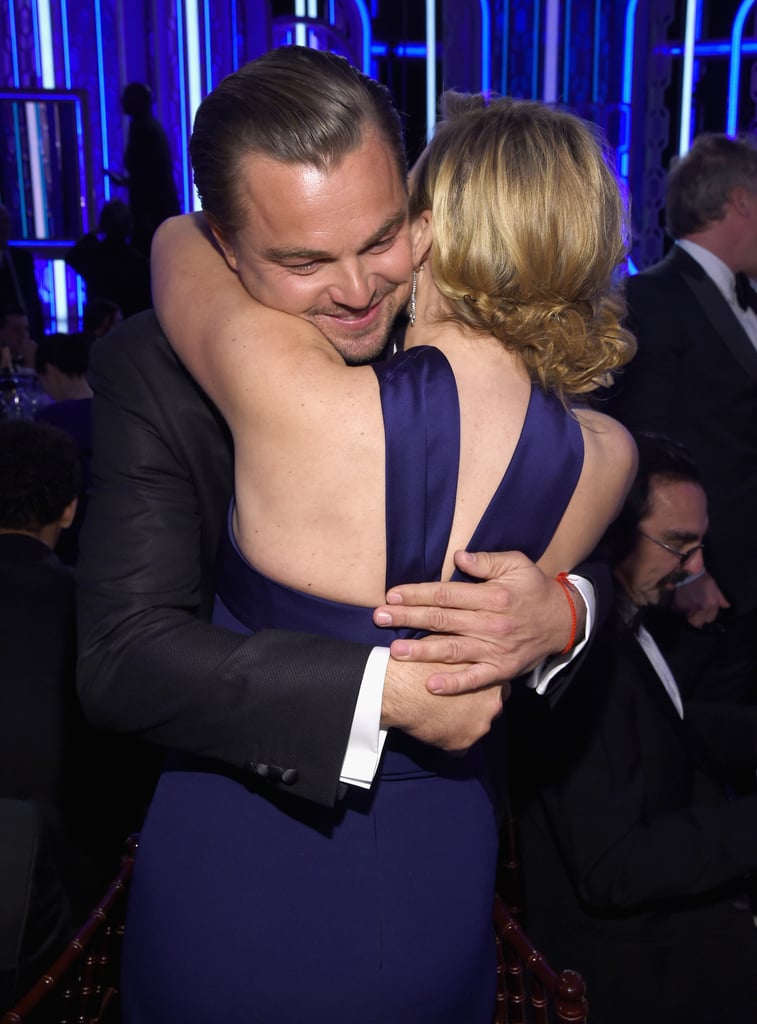 When they promised to "never let go" — as we imagined in our heads.

Is there anyone hotter and more in demand than Leonardo DiCaprio? The actor was easily the man of the hour at Sunday night's Golden Globes, where he picked up a best actor award for his role in The Revenant and made headlines with a cringeworthy moment involving Lady Gaga. In addition to mingling with fellow A-listers like Brad Pitt, Matt Damon, and BFF Tobey Maguire, Leo also made time to meet up with his main girl: Kate Winslet. The longtime friends and costars — they've starred together in Titanic and Revolutionary Road — shared a handful of heartwarming moments throughout the night, from Leo's red carpet admission that Kate is his "favorite actress in the industry" to the sweet hugs they shared during the show.

Keep reading for six times Leo and Kate made our hearts swell on Globes night, then find out even more about their friendship, straight from them.