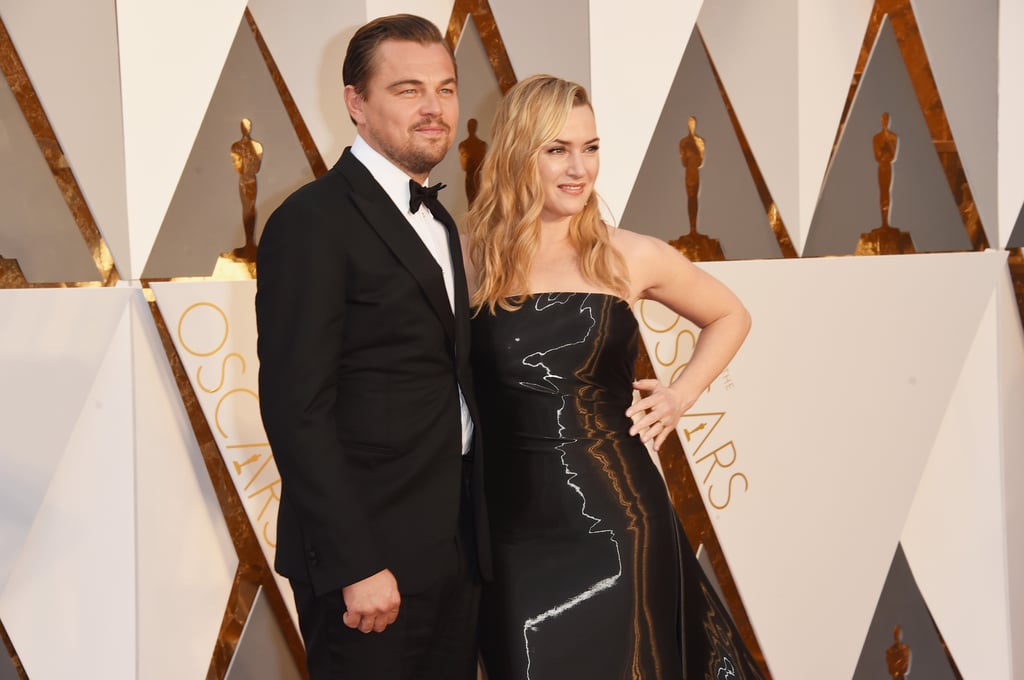 Leonardo DiCaprio and Kate Winslet thrilled fans everywhere when they hit the red carpet together at the Oscars. The longtime friends and former costars are both among this year's Oscar nominees, and throughout award season, Kate has made it clear that she's rooting for him. When asked whether she'd be among the stars boycotting the Oscars over the lack of diverse nominees, she said she wouldn't be one of them, adding, "I feel very strongly that it may possibly be Leo's year. And he is my closest friend in the world and I just couldn't imagine not being there to support him." Keep reading to see all of Leonardo DiCaprio and Kate Winslet's sweetest moments at the Oscars, then relive their friendship — in their own words.