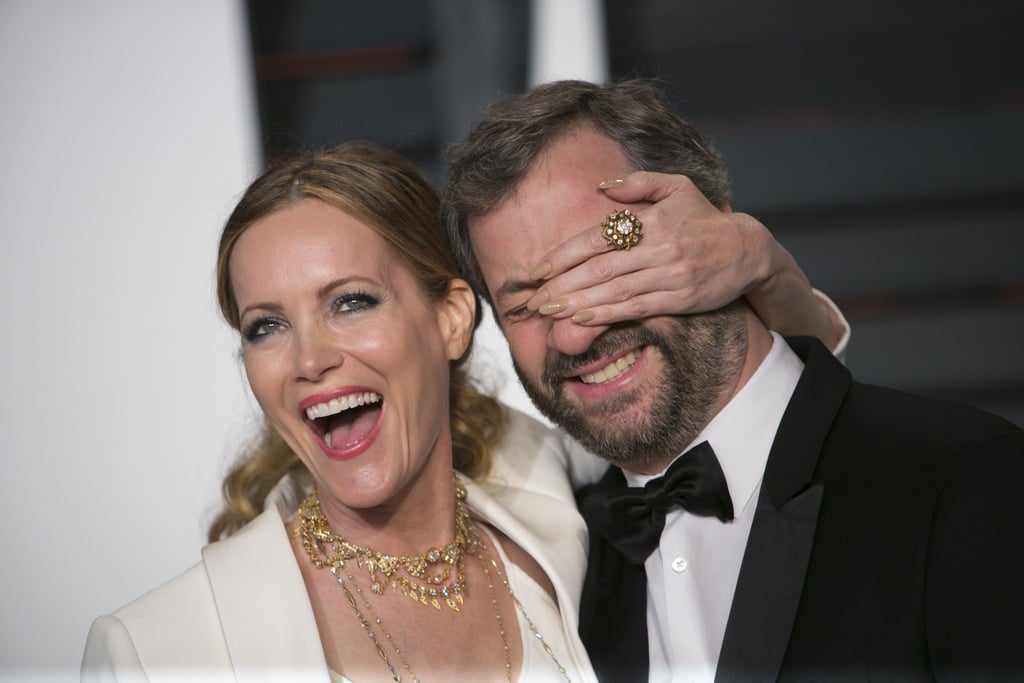 Leslie Mann and Judd Apatow are not only one of the funniest couples in Hollywood, but they've also produced two talented daughters who are poised to take over. Leslie and Judd have a tendency to make you envious of their relationship, not just because they are adorable and seem very real and normal, but also because they've now been married for 20 years! The two celebrated the milestone anniversary in June, and have been laughing — and working — together all along. In fact, they met on the set of The Cable Guy, when Leslie was auditioning and Judd was on the project as a producer. "There goes the future Mrs. Apatow," Judd remembered saying about her. "I had a soul connection instantly. I meant it. That's why I remember it." Once you get over how cute that is, spend some time seeing how in sync these two have been ever since then.