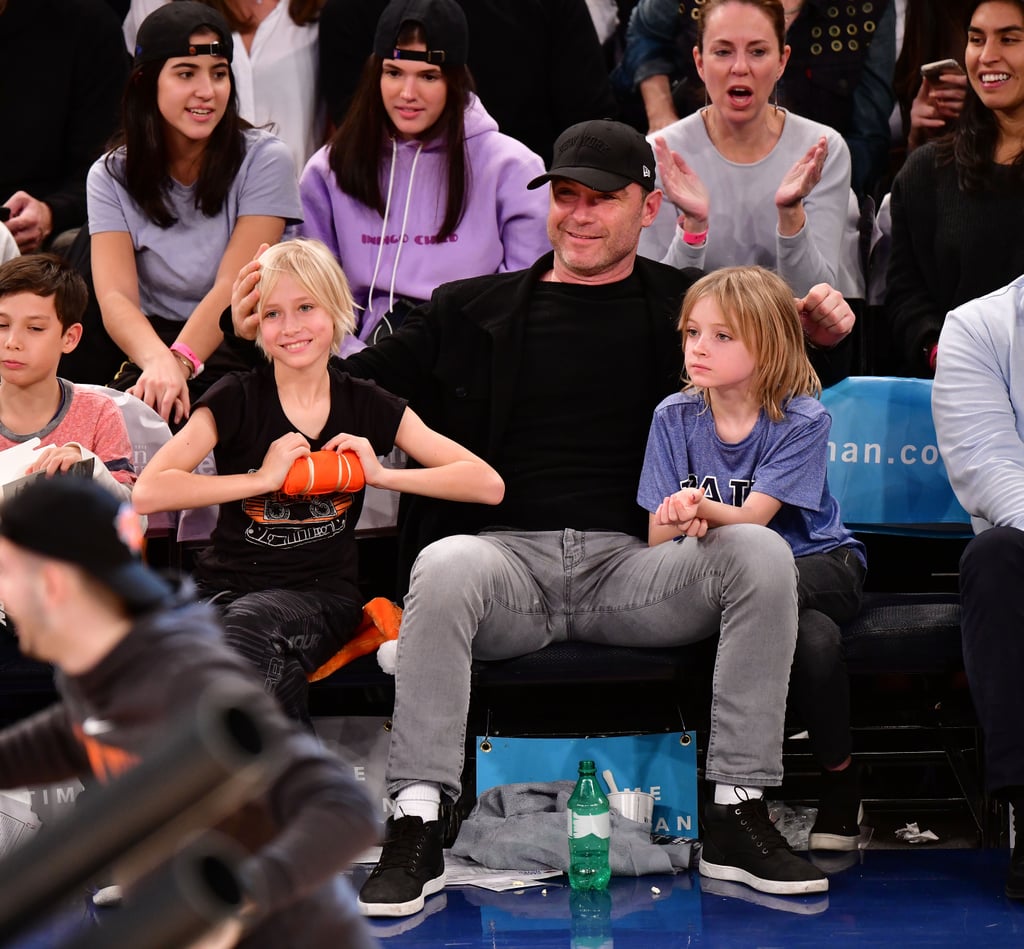 Liev Schreiber recently enjoyed some quality time with his best boys. On Sunday, the actor watched Orlando Magic take on the New York Knicks at Madison Square Garden with his sons, Samuel and Alexander, whom he shares with ex Naomi Watts. Despite splitting, the two have remained friendly exes as they coparent their children.

Aside from getting in some quality father-son time during the game, Liev made our hearts swoon as his youngest, Samuel, rested his head on his dad's lap. This isn't the first time the actor has gone into dad mode for the cameras. For the past two years, Liev has brought one of his sons as his date for the Emmys. Hopefully we'll see even more of them next award season.