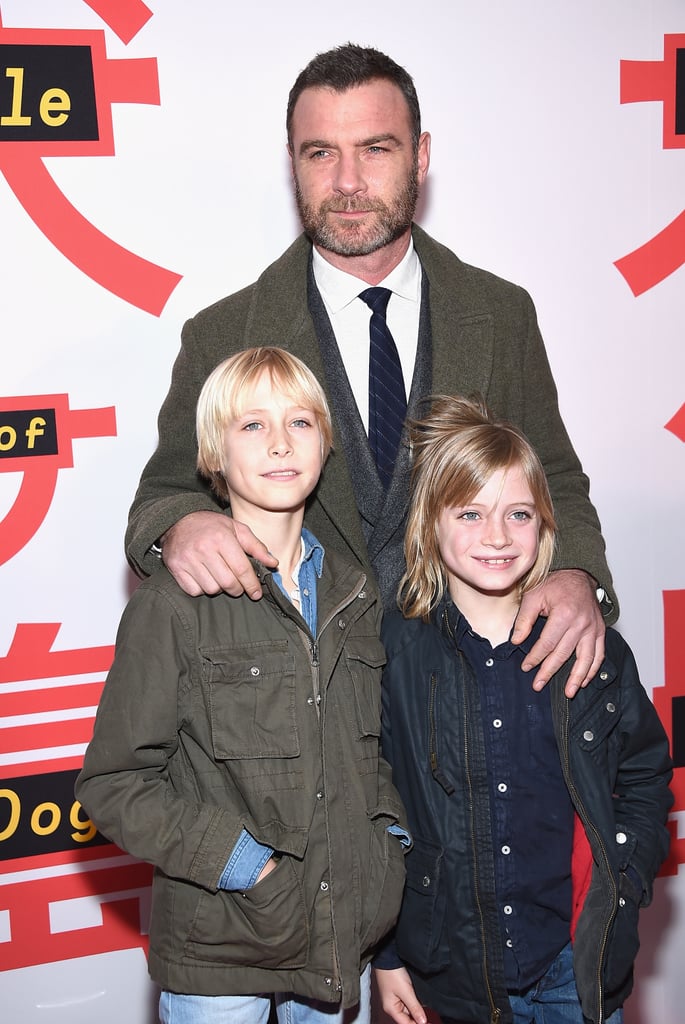 Liev Schreiber is enjoying some quality family time. On Tuesday, the actor attended the premiere of his stop-motion animated movie Isle of Dogs with his sons, Alexander and Samuel, at The Metropolitan Museum of Art in NYC. Liev (who is the voice of Spots in the Wes Anderson film) kept his boys close as they posed for a few photos on the red carpet.

During their outing, the 10-year-old and 9-year-old expressed an interest in following in their father's footsteps when talking with Entertainment Tonight. When asked if they would ever consider acting, Liev's youngest, who goes by Kai, eagerly responded, "Yeah!" while nodding his head.

While the trio enjoyed a guys' night out on the town, Liev's ex, Naomi Watts, supported her close friend Simon Baker at the premiere of his film Breath not too far away at the Francesca Beale Theater. Since Liev and Naomi split in September 2016, the two have remained friendly exes as they coparent their children. They even had a sweet reunion last year as they celebrated the 10th birthday of their son Alexander.