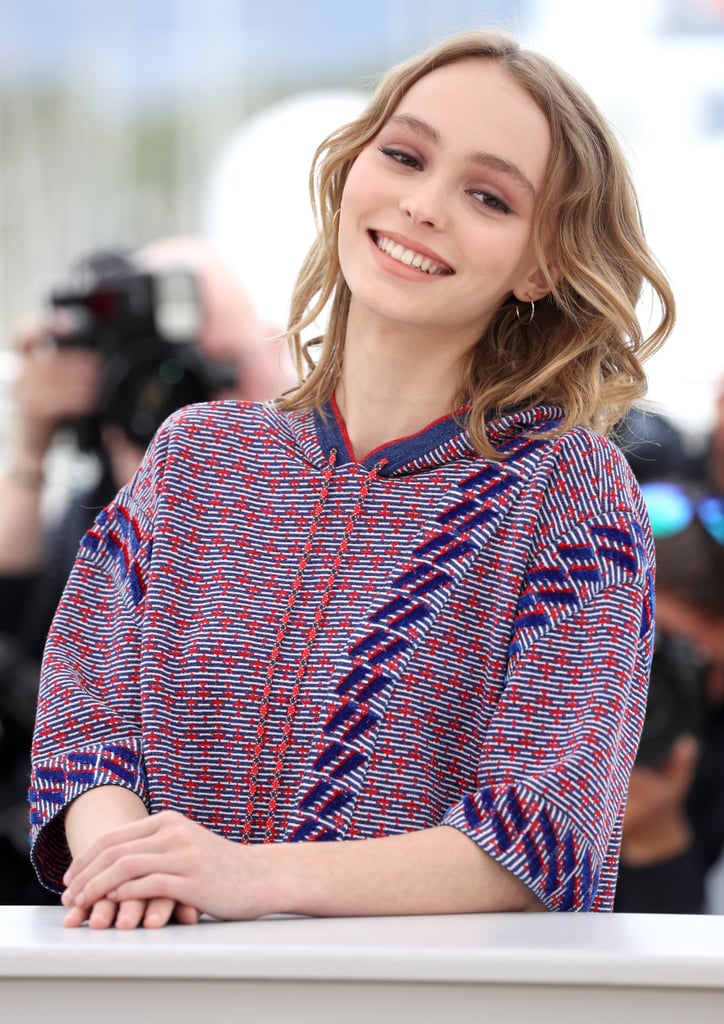 Lily-Rose Depp popped up at the photocall for her film, The Dancer, at the Cannes Film Festival in 2016. The 16-year old model and actress struck a series of poses in a cozy Chanel hoodie and short set and linked up with her costars, Mélanie Thierry, Gaspard Ulliel, and Kristen Stewart's ex-girlfriend Soko. Lily-Rose plays the role of famed dancer Isadora Duncan in the 19th-century drama.

Also on hand for the fun in Cannes is Lily-Rose's mom, Vanessa Paradis; the French native is one of this year's jury members at the festival along with Kirsten Dunst, Donald Sutherland, and Danish actor Mads Mikkelsen. Though Vanessa and Lily-Rose have yet to hit the red carpet together this week, the teenager's stunningly similar looks to her mom are likely making festivalgoers do double takes.