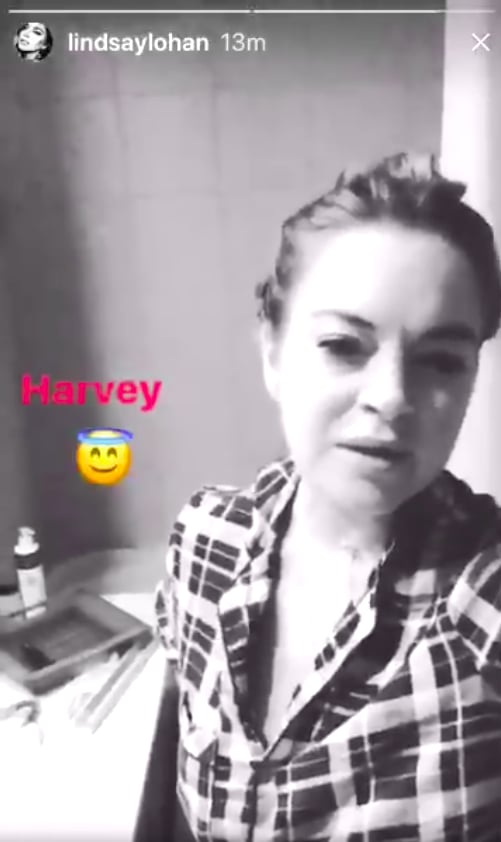 The likes of Rose McGowan, Jennifer Lawrence and Meryl Streep have spoken out about how appalled they are to hear sexual assault allegations about film producer Harvey Weinstein. However, Mean Girls star Lindsay Lohan has taken a different stance and it's not going down well. The actress – who is now based in the Middle East – filmed a video from Dubai in which she says she feels bad for Harvey; a man who was recently terminated from his Weinstein company as a result.

In the clip posted on social media, 31-year-old Lindsay says that she thinks Harvey's should defend her man more aggressively.

"Hi this is Lindsay Lohan, hi I'm in Dubai, I'm home. I feel very bad for Harvey Weinstein right now, I don't think it's right what's going on. I think Georgina needs to take a stand and be there for her husband," she says in the video, which features an angel emoji next to Weinstein's name.

Many people on Twitter were annoyed that the star defended him simply because she hadn't been a victim.

"He's never harmed me or done anything to me and we've done several movies together and so I think everyone needs to stop. I think it's wrong, so stand up," she adds at the end of the clip.

While others took a more tongue-in-cheek jab at Lindsay for other unrelated reasons. Watch the video and see the reactions below:

Lindsay Lohan thinks it's wrong that women have come forward about Harvey Weinstein's sexual abuse because he's never done anything to her and he should be left alone... wow.

Lindsay Lohan is now a 50-year-old Russian lady who films herself defending sexual assaulters in bathrooms in Dubai... HER GREATEST ROLE YET

Did Dubai sand get in @lindsaylohan 's brain defending Harvey W? That's like saying, it's wrong to arrest Ted Bundy. He never strangled me.

Lindsay Lohan is aging like a Trader Joe's banana. She should just focus on that.

lindsay lohan (and her whack accent) is defending Harvey Weinstein on her insta rn. GOODBYE TO YOU FOREVER. pic.twitter.com/aMzvAOXPYp

Lindsay Lohan still thinks Harvey can give her an Oscar. pic.twitter.com/th0rn6cpG3

PSA: Lindsay Lohan is using her weird accent on Instagram to defend Harvey Weinstein right now and there's not enough wine in the world.

And here's Lindsay Lohan DEFENDING Harvey Pervstein...and with her fake accent, no lesspic.twitter.com/MjpoTIqJEs

Question: does anyone honestly get any pleasure out of piling on Lindsay Lohan at this point? She clearly needs help. Has for a long time.

Nobody can ruin her career faster than Donna Karan