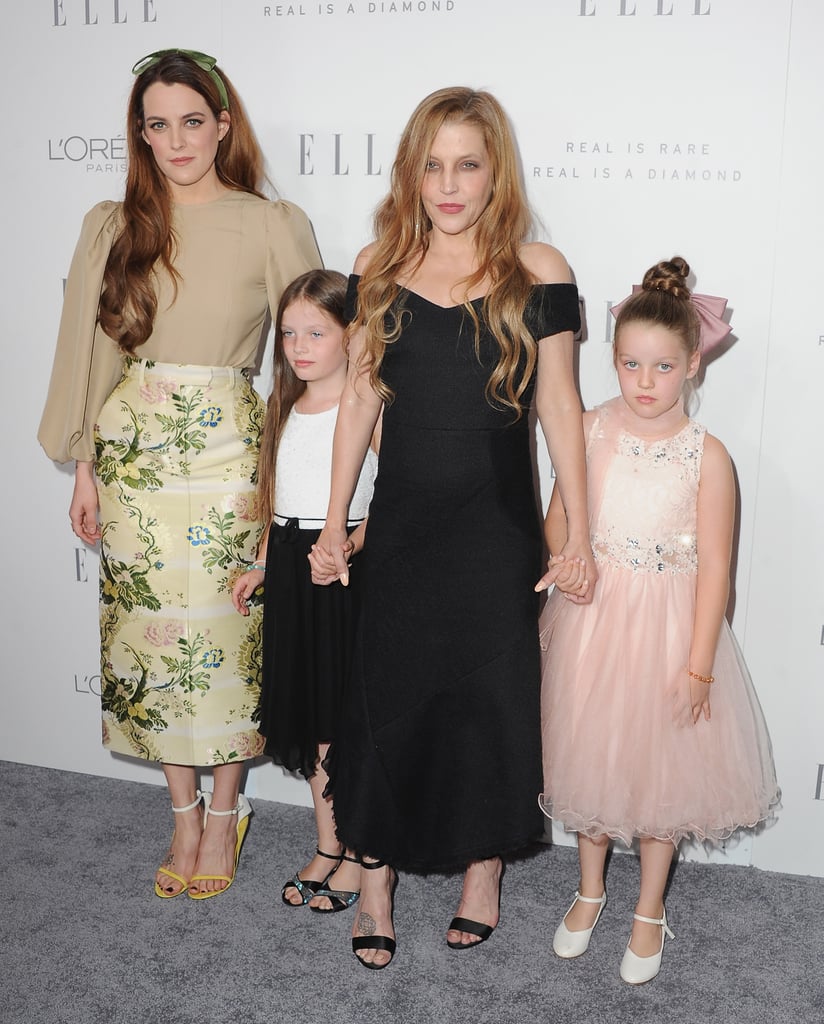 Lisa Marie Presley is the proud mother of four children: 28-year-old Riley, 24-year-old Benjamin, and 9-year-old twins, Harper Vivienne Ann and Finley Aaron Love. Though Riley and Benjamin have a different dad than their sisters — Riley and Benjamin's dad is musician Danny Keough, and Harper and Finley's father is guitarist Michael Lockwood — the Presleys appear to be one big happy family. Unfortunately, we don't get to see the family on the red carpet too often, but earlier this week, the ladies made a gorgeous appearance when they attended Elle's Women in Hollywood event to celebrate Riley's feature in the magazine's annual issue. And lucky for us, both Riley and Lisa Marie share family photos on social media every now and then. Take a look at some of the family's sweetest moments together.