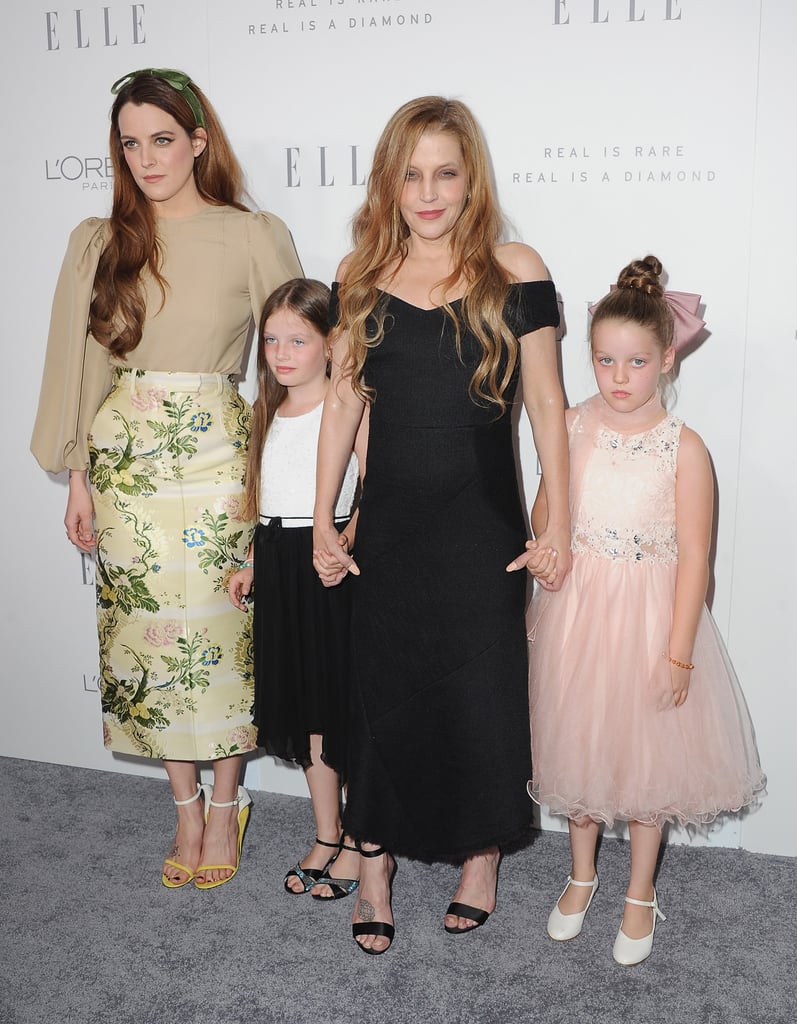 In her first red carpet appearance since the Mad Max: Fury Road premiere in 2015, Lisa Marie Presley stepped out with her three beautiful daughters on Monday. The 49-year-old singer attended the Elle Women in Hollywood event in LA to celebrate her daughter, Riley Keough, and her appearance in the magazine's annual issue. Also in attendance were Lisa Marie's 9-year-old twin girls, Harper Vivienne Ann and Finley Aaron Love. Though the fraternal twins have a different father than Riley — their dad is musician Michael Lockwood, while Lisa shares Riley with singer-songwriter Danny Keough — it's shocking to see how alike they all look. See more pictures from the sweet girls' night out below.