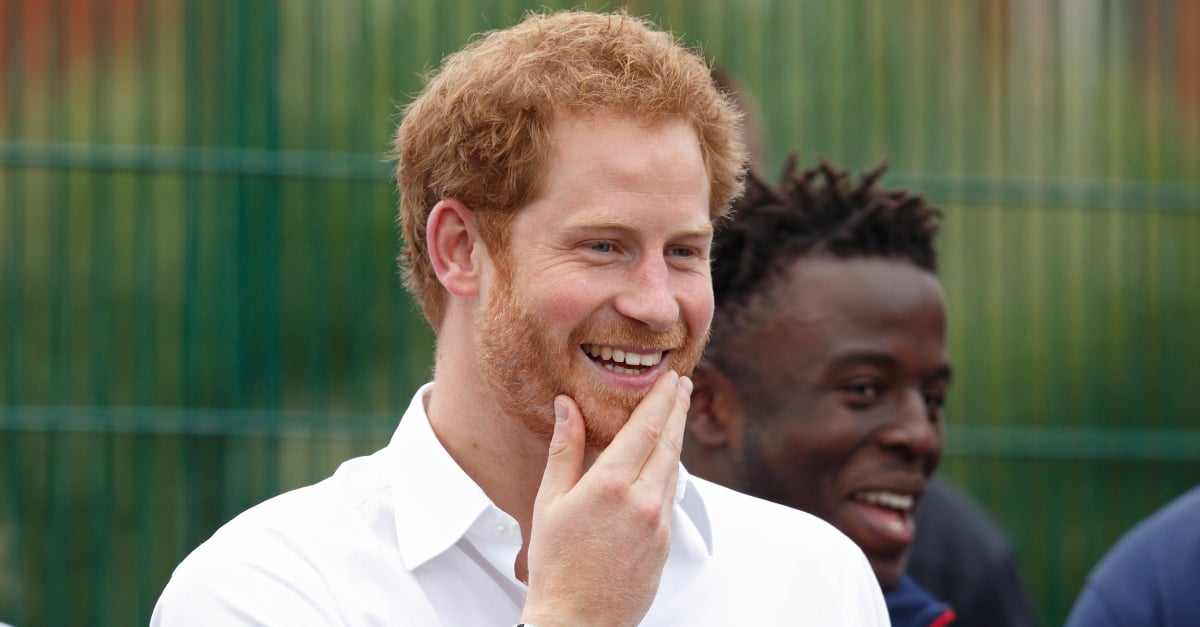 Prince Harry might as well be named Prince Charming at this point. On Tuesday, the famous royal had the perfect response to an adorable marriage proposal when he joined a group of kids for a rugby skills workshop in Stockport, England. "I want to marry you," a 6-year-old girl named Lottie told him. "I want to be a princess." Like the true gentleman Harry is, he managed to let her down easy by saying, "You don't want that – there's too big an age gap. You've been reading a lot of books." This isn't the first time the prince has charmed us with his sweet personality. Over the past few weeks, he has been nonstop busy celebrating the queen's 90th birthday and bonding with veterans at various charity events. It's no wonder we find him so swoon-worthy!