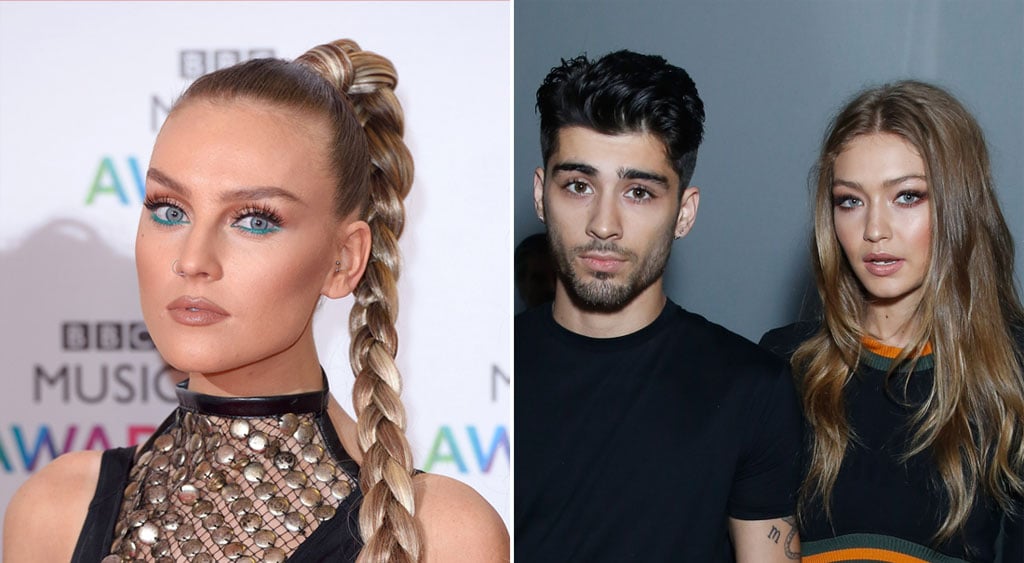 Zayn Malik and Perrie Edwards ended their engagement back in August 2015, and now the world is getting a good glimpse into their split. Little Mix released their new song, "Shout Out to My Ex," this week, and besides being your new favorite jam, it's also littered with references about what exactly went wrong between her and Zayn. In a leaked excerpt from the band's upcoming book, Our World, Perrie confirmed that the former One Direction star broke up with her via text message. "It was horrible, the worst time in my life," she wrote without mentioning Zayn by name. "A four-year relationship, two-year engagement ended by a simple text message. Just like that." Zayn, who is now dating Gigi Hadid, previously shot down the rumors of the harsh breakup to The Fader magazine, saying he has "too much respect" for Perrie to "end anything over text message." While the two have different versions of what happened, one thing is clear — "Shout Out to My Ex" speaks volumes.