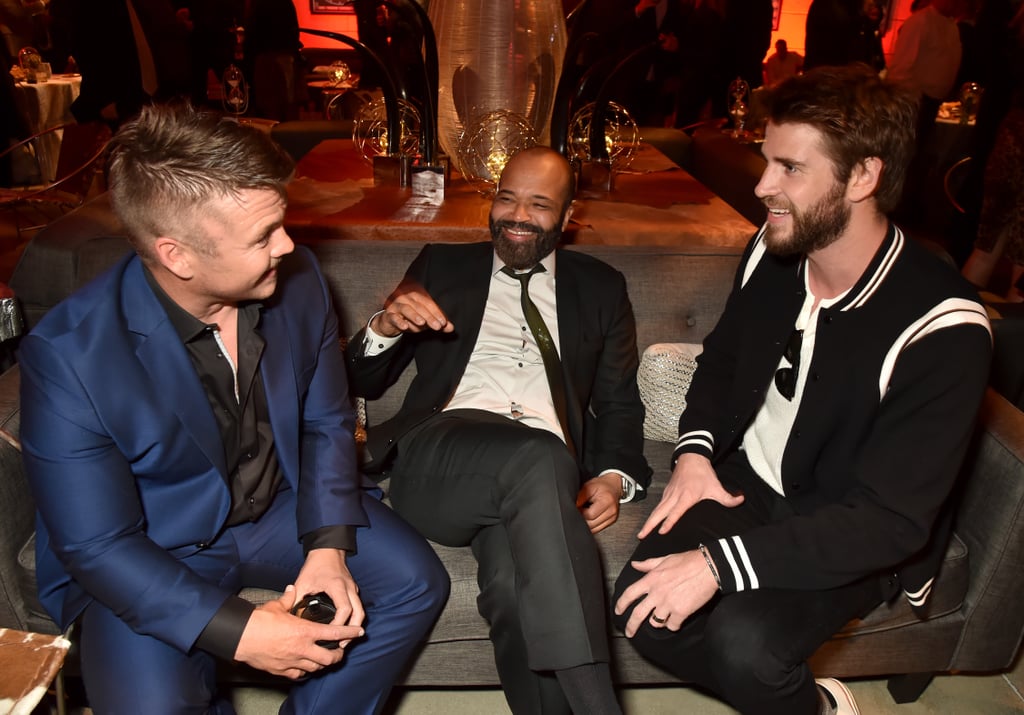 Westworld kicked off season two with a star-studded premiere in LA, and simultaneously made our favorite dystopian worlds collide. On Monday, Liam Hemsworth attended the event to support his older brother Luke (who plays Stubbs on the series) and ended up having a Hunger Games reunion in the process. After walking the red carpet together, the brothers caught up with their costar Jeffrey Wright inside. While the actor currently stars as Bernard Lowe on the HBO series, he is also known for portraying the equally tech savvy Beetee in The Hunger Games franchise. Seriously, imagine starring opposite not one, but TWO Hemsworth brothers!

Of course, this isn't the only Hunger Games reunion we've been blessed with recently. Jennifer Lawrence and Woody Harrelson, aka Katniss and Haymitch, caught up earlier this year when they shared a cute embrace during the Oscars. Seeing that Hollywood can't get enough of reboots, we think it's about time we head back to Panem.