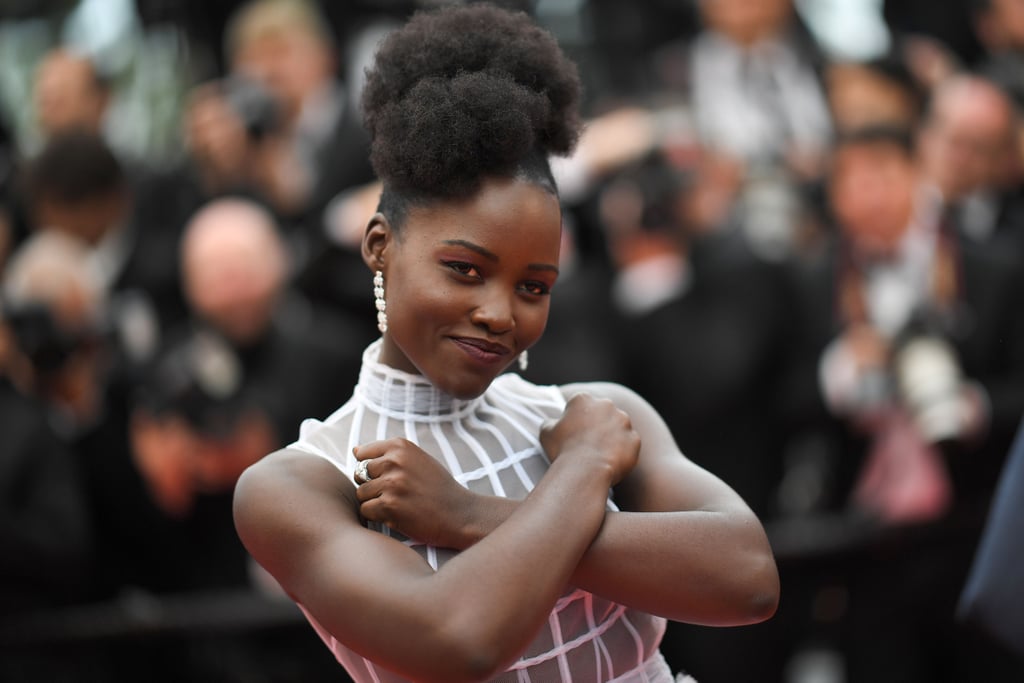 Lupita Nyong'o is turning heads at the Cannes Film Festival. On Thursday, the Black Panther star arrived in style by boat with her 355 costars Marion Cotillard, Jessica Chastain, Penélope Cruz, and Fan Bingbing for a photocall promoting their upcoming all-female spy thriller (which, by the way, we are totally f*cking pumped for). Lupita looked like an Old Hollywood bombshell in a fitted black halter dress and cat-eye shades. Later that evening, she turned it out on the red carpet for the premiere of Sorry Angel (Plaire, Aimer Et Courir Vite); Lupita was a total vision in white Dior Haute Couture and even struck a Wakanda salute pose for photographers.

Lupita may not have been in attendance at the Met Gala in NYC on Monday, but the rest of her Black Panther costars — including Michael B. Jordan, Chadwick Boseman, and Letitia Wright — partied it up in her honor. It was also announced this week that Lupita will be starring alongside her Black Panther costar Winston Duke, as well as Elisabeth Moss, in Jordan Peele's Us. It will be the director's first big-screen project since Get Out (and yes, we are totally f*cking pumped for that, too). Keep reading to see Lupita taking Cannes by storm.