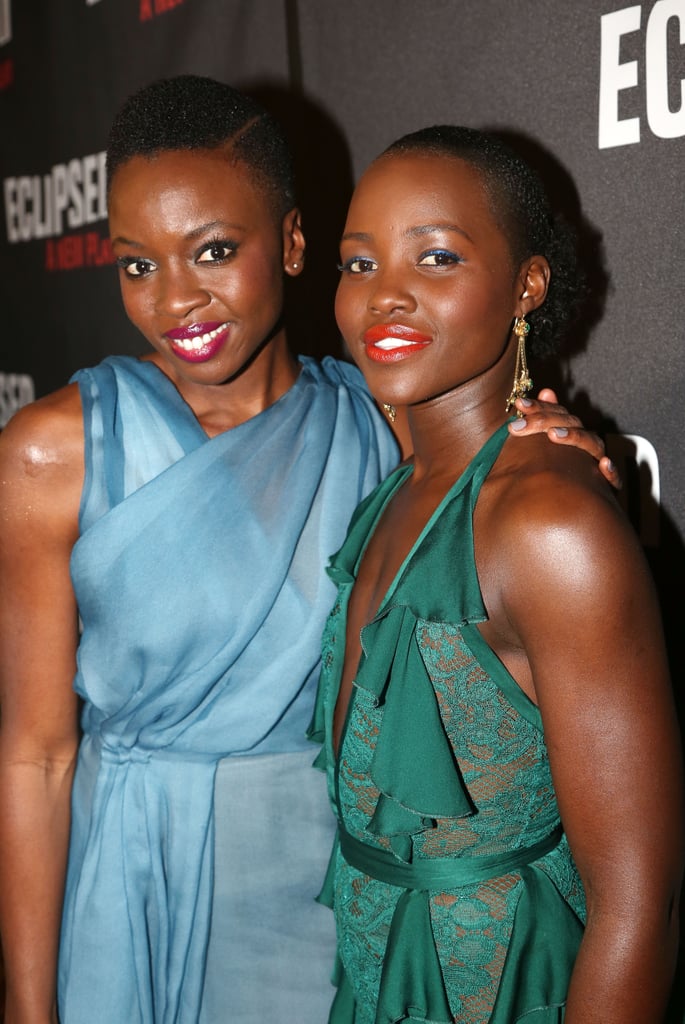 Lupita Nyong'o and Danai Gurira are the stars of Marvel's upcoming Black Panther movie, but their friendship didn't begin on set. The two actresses first met back in 2007 when Danai was sent to "woo" Lupita from Yale on behalf of Tisch School of the Arts. "But we knew we were in trouble, and Yale won," Danai told Entertainment Weekly in 2016.

After their initial encounter, Lupita reached out to star in Eclipsed, a historical play written by Danai — which went on to score six Tony award nominations — and they've been inseparable ever since. Both women have referred to their close friendship as a "sisterhood," and it's clear to see why from looking at their joyous moments over the years.