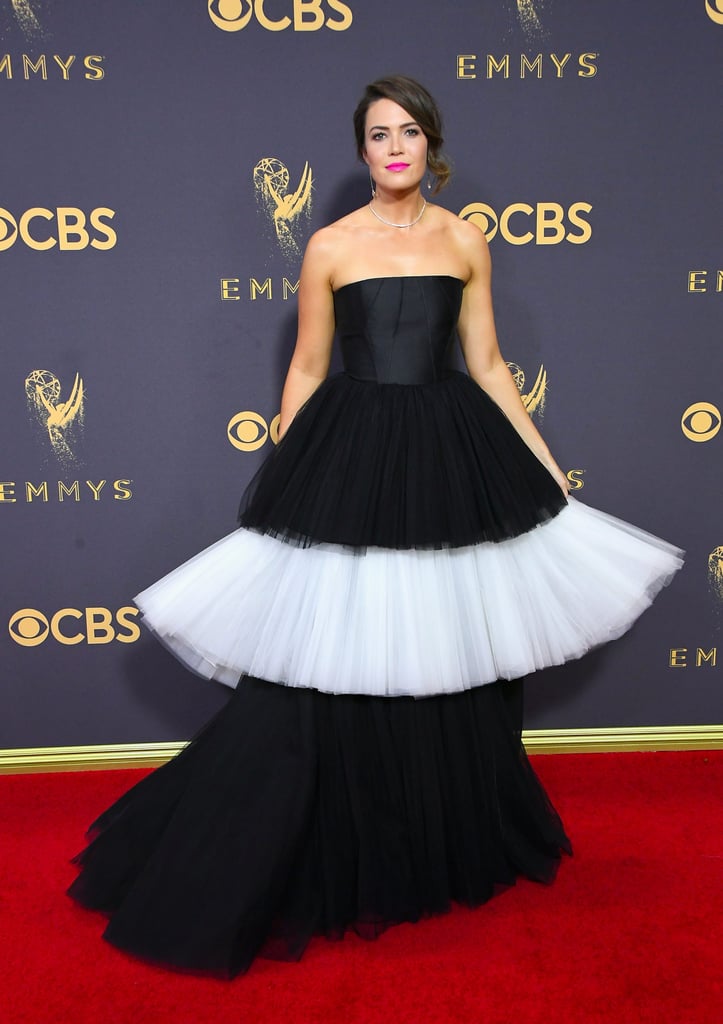 Mandy Moore has so much to celebrate right now! The actress attended the Emmys in LA on Sunday night with the cast of her hit show, This Is Us, which is up for best drama series. In addition to the show's exciting success, Mandy also attended the event with her new fiancé, Taylor Goldsmith. The outing marks their first official public event since news of their engagement broke last week. Despite being there together, Taylor let Mandy have her moment as she posed in a stunning black and white dress on the red carpet solo. Fingers crossed they'll have some cute moments during the show!