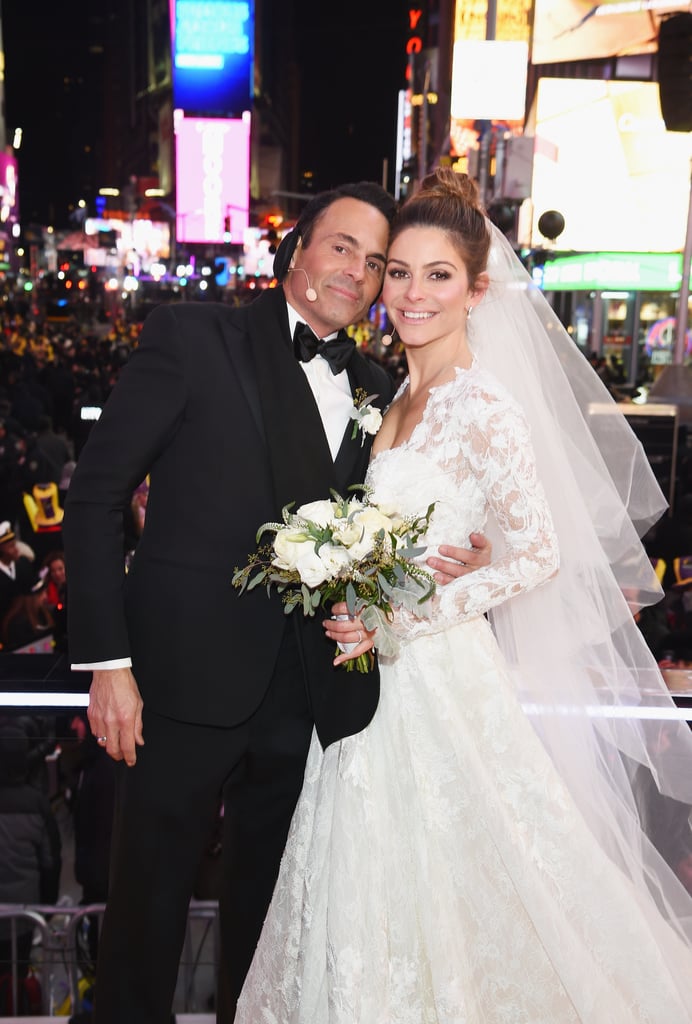 After almost 20 years of dating, Maria Menounos and Keven Undergaro are officially husband and wife. The longtime couple managed to pull off a surprise wedding during Fox's New Year's Eve broadcast, which Maria was cohosting with Steve Harvey. Not only did Steve help with the nuptials by officiating the wedding, but Maria's parents, Constantine and Litsa Menounos, were present as well. "Finally some good news for mom!" the television host captioned a video of her breaking the news to her parents on Instagram. "We are getting married tonight in Times Square! I will be the coldest bride ever but the happiest! Seeing my parents happy means everything!"

The exciting celebration comes after a particularly trying year for Maria. In July, she revealed that she underwent a seven-hour surgery to remove a brain tumor the size of a golf ball. While the tumor was successfully removed, she also revealed that she was taking a leave of absence from E! News to be with her mother, who is currently fighting stage 4 brain cancer. She even shared a heartwarming snap of her kissing her mom's shaved head on Instagram. We're glad her family could be there for such a special moment.