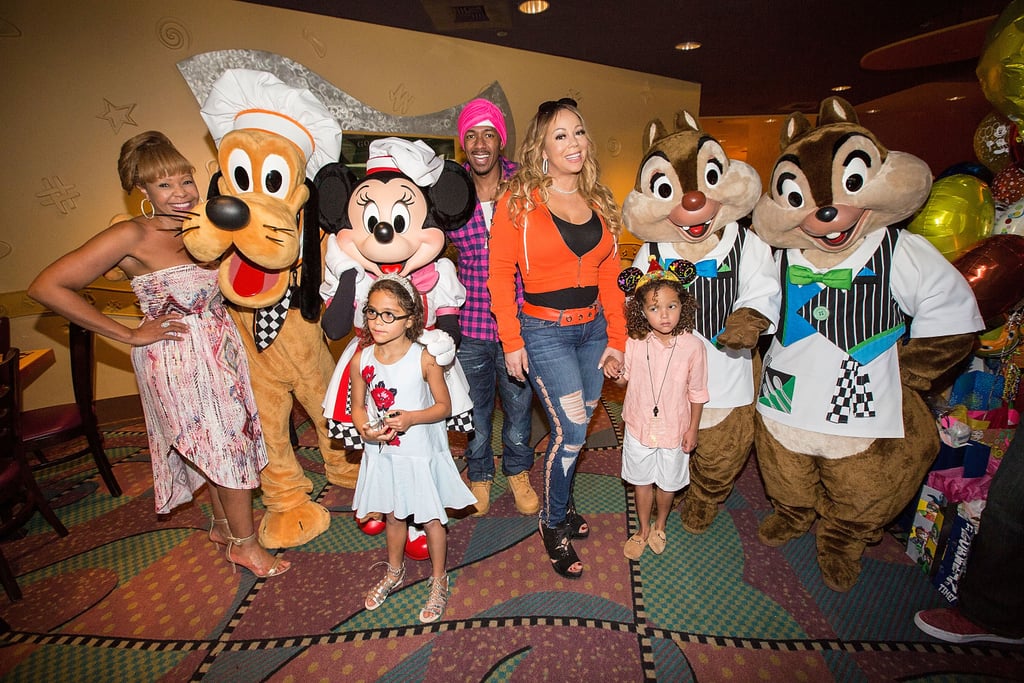 Mariah Carey isn't just a glamorous celebrity, she's also a glamorous mom. The singer pulled out all the stops when she celebrated her twins Moroccan and Monroe's sixth birthday at Disneyland alongside her ex-husband, Nick Cannon, on April 30. In addition to taking a ride on Space Mountain as a family, the twins also mingled with some Disney pals at Goofy's Kitchen as they munched on Minnie and Mickey Mouse-themed cakes and opened their presents. And the magical day certainly didn't come cheap either, as the former couple reportedly dropped five figures on the birthday bash. But it shouldn't come as a surprise that they would pick the happiest place on Earth to celebrate. Not only is it every kid's dream to ring in their birthday at Disneyland, but it's also where Mariah and Nick renewed their vows back in April 2013.