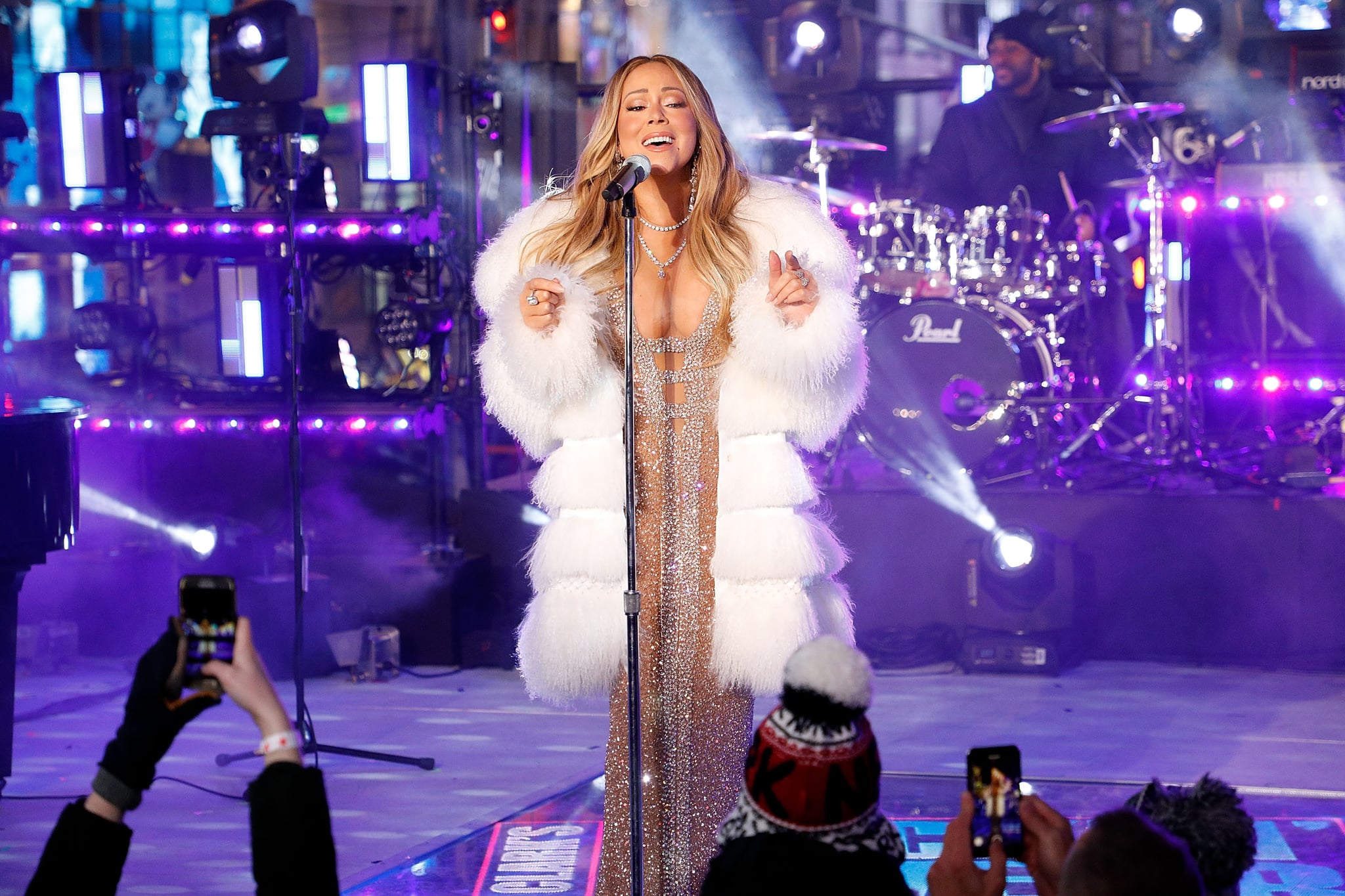 Mariah Carey, queen of the holidays, returned to the stage for Dick Clark's New Year's Rockin' Eve With Ryan Seacrest in NYC on New Year's Eve. Following last year's awkward performance, the singer announced this year's return on Instagram, writing, "Take 2." The big moment came on Sunday night, when she stepped into the spotlight to sing some of her biggest hits. After showing off her vocals with "Vision of Love," she spoke to the crowd and wondered aloud about the whereabouts of the hot tea she'd been promised, saying, "They told me there would be tea . . . we'll just have to rough it." Cue the opening notes of "Hero," which she went on to perform. What an icon.