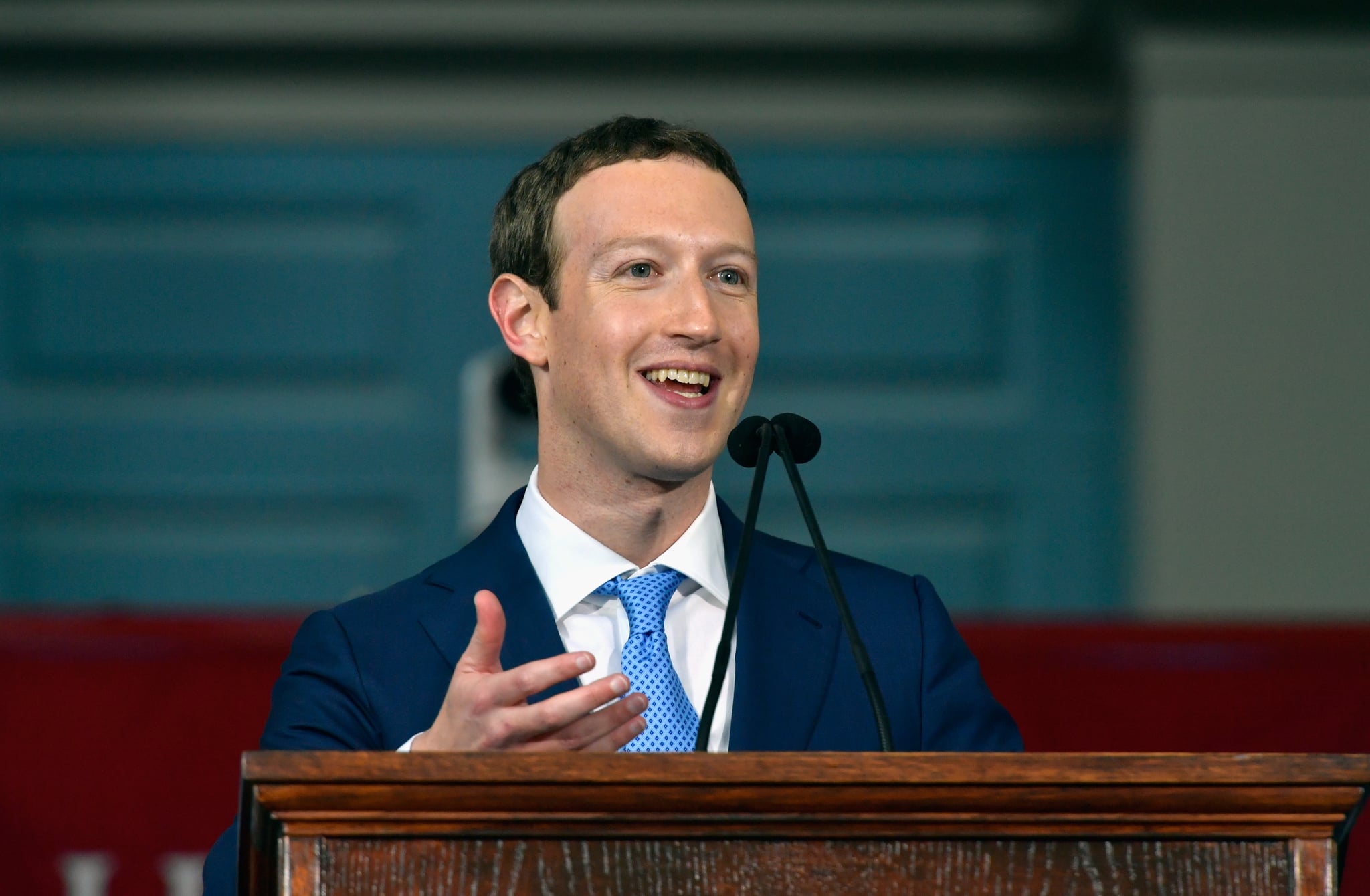 In a speech that will undoubtedly paint him as more than just a tech mogul, Facebook CEO Mark Zuckerberg gave a commencement address that stressed purpose and subtly mentioned President Donald Trump. Zuckerberg, who is famously known for dropping out of Harvard, returned to the university to receive an honorary degree and impart wisdom to the graduating class.

Zuckerberg, who at 33 years old is the youngest person to ever give a commencement speech at Harvard, spent the past few days touring around the school and reminiscing on his days there. In his speech, which he of course broadcast on Facebook Live, Zuckerberg began by mentioning how he's part of the same generation as the graduates. He spoke about some Harvard memories, including meeting his wife, Priscilla Chan. The CEO then transitioned to his main point: "The challenge for our generation is creating a world where everyone has a sense of purpose." To Zuckerberg, purpose is "that sense that we are part of something bigger than ourselves, that we are needed, that we have something better ahead to work for."

The CEO understood that finding that purpose is harder than before, as "technology and automation are eliminating many jobs." He implores the young graduates to help others find their purpose, even if it means giving time, instead of donating to a charity. He also drove home the idea that "progress now requires coming together, not just as cities or nations, but also as a global community." Zuckerberg also said he understood why some would rather focus on their own — or their country's — singular issues. But, without explicitly saying Trump's name, Zuckerberg urged the crowd to fight against his isolationist rhetoric.

"But we live in an unstable time. There are people left behind by globalization across the world. It's hard to care about people in other places if we don't feel good about our lives here at home. There's pressure to turn inwards. This is the struggle of our time. The forces of freedom, openness, and global community against the forces of authoritarianism, isolationism, and nationalism. Forces for the flow of knowledge, trade, and immigration against those who would slow them down. This is not a battle of nations – it's a battle of ideas. There are people in every country for global connection and good people against it."

Zuckerberg ended his speech by telling a story of an undocumented student he used to teach at a Boys & Girls Club. He told the new graduates that even though this student had every reason to solely think about himself and whether or not he could attend college, he chose not to. "But if a high school senior who doesn't know what the future holds can do his part to move the world forward, then we owe it to the world to do our part too," he said.

You can watch his full remarks ahead.