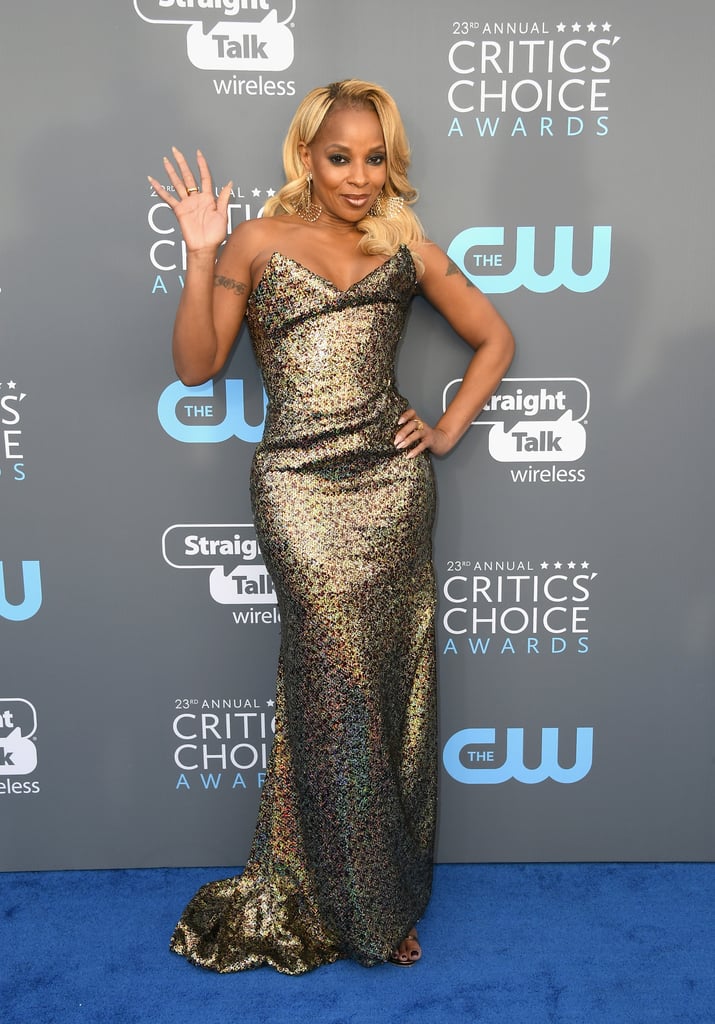 Mary J. Blige hit the red carpet at the Critics' Choice Awards on Thursday just hours after being honored with a star on the Hollywood Walk of Fame. The singer and Mudbound star, who is nominated for best supporting actress, glittered in a gold gown as she posed for photos before heading inside. Earlier in the day, Mary was celebrated for her decades-long career at a Walk of Fame ceremony that brought out her longtime mentor Diddy, as well as Mudbound director Dee Rees and costar Garrett Hedlund — and here's the best part: Thursday also marked her 47th birthday! Mary was even presented with a cake by her family and friends during the event. Talk about a big day! Keep reading to see photos from Mary's festivities.