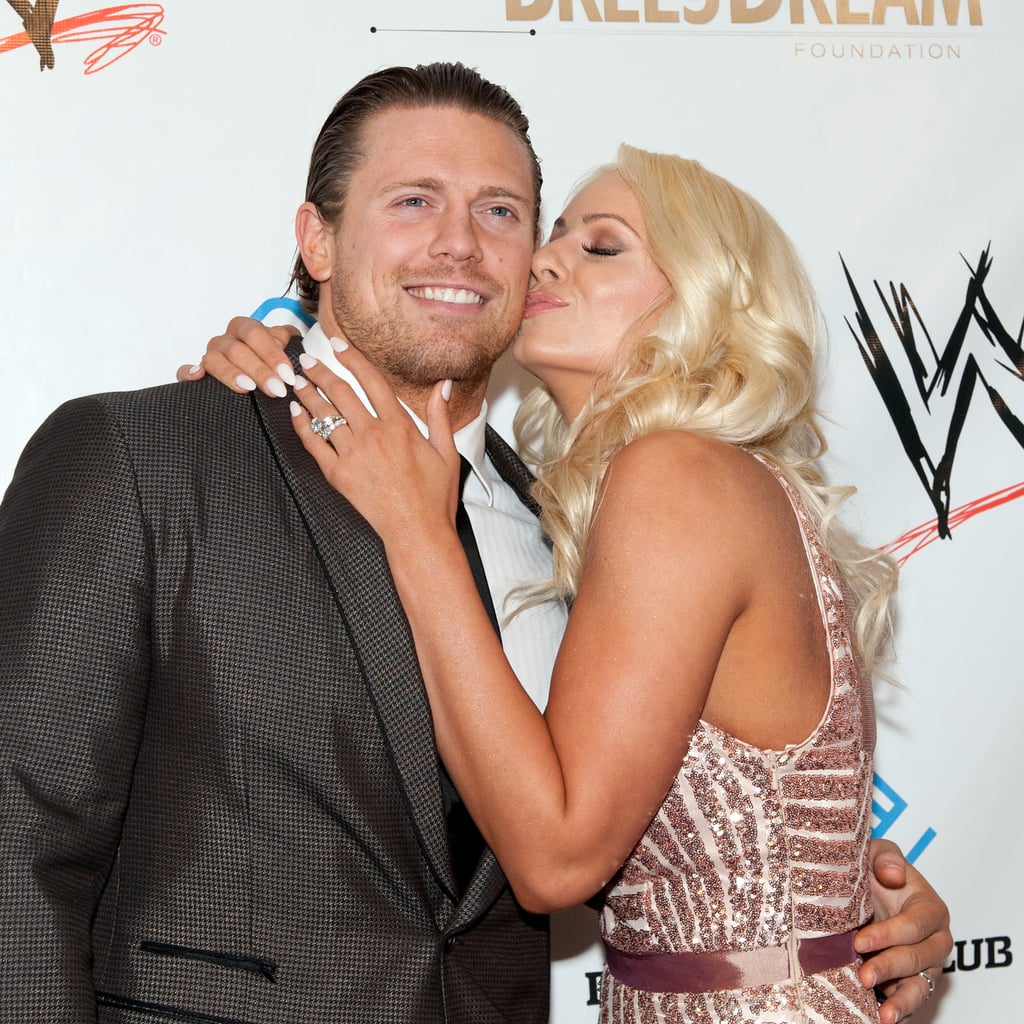 If you aren't familiar with WWE superstars Maryse Ouellet and Mike "The Miz" Mizanin yet, allow us to fill you in. The self-proclaimed "it" couple are WWE wrestlers, star on E!'s Total Divas, and will be appearing in a new unscripted USA show, Miz &Mrs., later this year. Mike was also a contestant on MTV's The Real World: Back to New York and has starred in films like The Marine 3: Homefront and Santa's Little Helper.

As far as their personal lives go, the pair first met when Mike hosted WWE's Diva Search and Maryse was a contestant. Although they didn't date until later (just like Nikki Bella and John Cena), they eventually made things official when they tied the knot in February 2014. They are currently expecting their first child, a baby girl. As we wait for their little one to arrive, take a look at some of Maryse and Mike's cutest moments together.