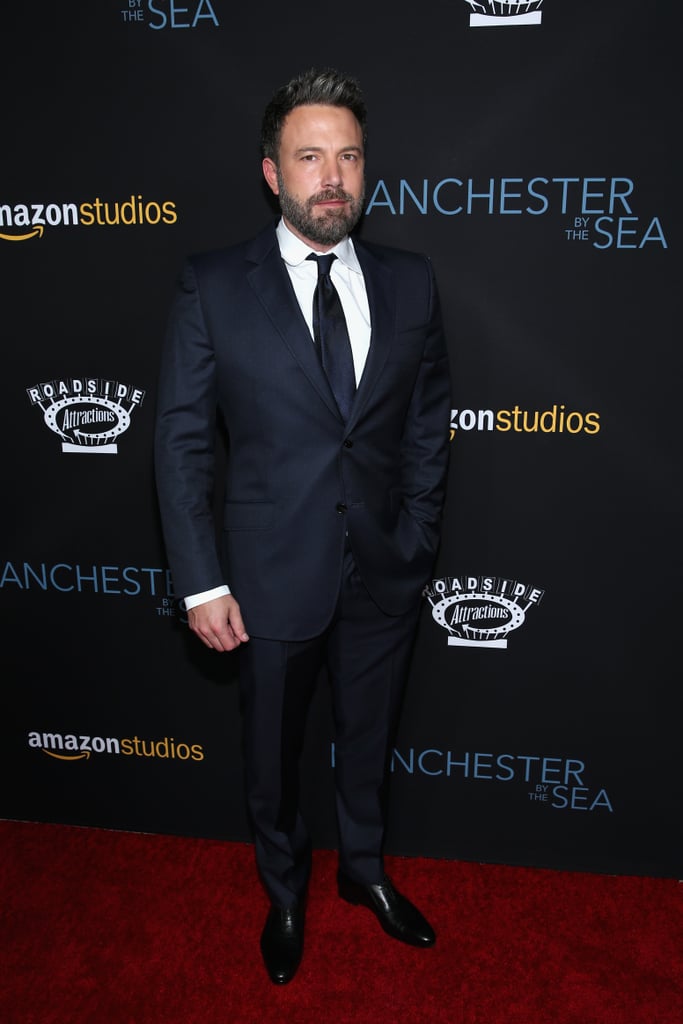 Ben Affleck stepped out solo for the premiere of Amazon's Manchester by the Sea in LA on Monday night. The actor donned a navy suit and was on hand to support his brother, Casey, who stars in the drama alongside Michelle Williams. While Ben didn't have his family by his side, his best friend Matt Damon was also in attendance with his wife, Luciana Barroso. Over the weekend, Ben was spotted heading to church with estranged wife Jennifer Garner, and even though the two are in the middle of a divorce, they continue to maintain a united front for the sake of their kids.