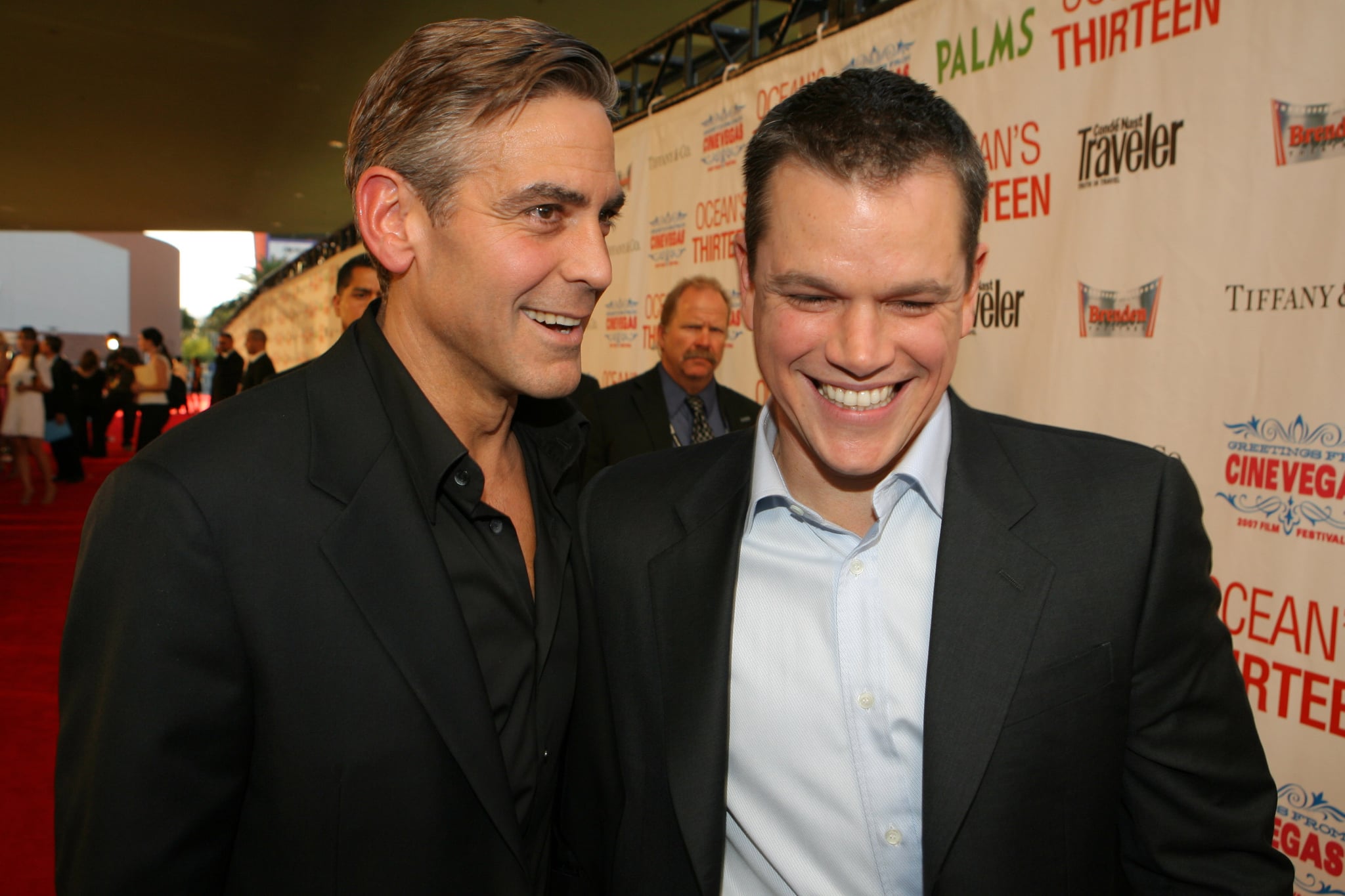 George and Amal Clooney gave the world quite a (happy) shock on Thursday when it was confirmed on The Talk that they're expecting twins. Although we're sure George and Amal's family is over the moon, close friend Matt Damon recently revealed that he got especially emotional over the exciting news. "I was working with him last fall and he pulled me aside on set and I mean, I almost started crying. I was so happy for him," The Great Wall actor told Entertainment Tonight Canada about his longtime pal. "And I was like, 'How far along is she?' And he goes, 'Eight weeks.'" Matt then teased George about telling people before Amal was at least 12 weeks along. "'Are you out of your mind?! Don't tell anybody else! Don't tell anybody else! Don't you know the 12-week rule?'" he joked with him. "Like of course he doesn't. [He said] 'just shut up, man.' And then four weeks later, I'm like, 'We're good right?' [He said] 'We're good.'"

The 55-year-old superstar and his 39-year-old wife — a highly accomplished human rights lawyer — are reportedly expecting their bundles of joy this June. The pair had a whirlwind courtship before getting married in Venice, Italy, in September 2014. Matt, who attended their gorgeous ceremony, couldn't help but gush about George and Amal's connection."I'm thrilled for him. She's amazing. He hit the jackpot. Just on every level," he added. "She is a remarkable woman. They're gonna be great. They're gonna be awesome parents. Those kids are lucky."