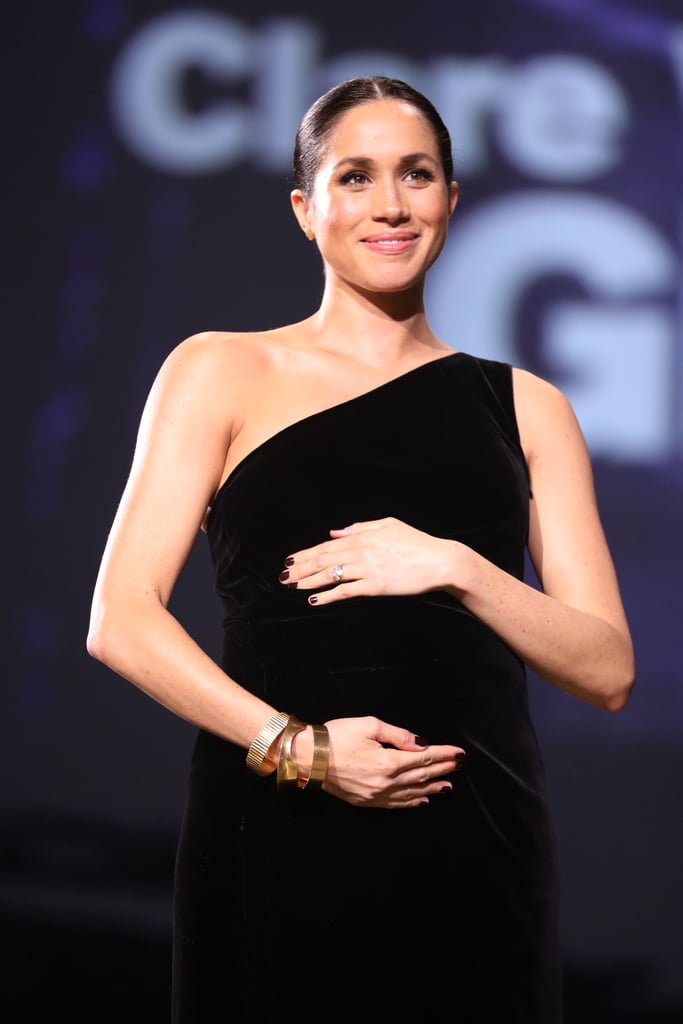 Meghan Markle made a surprise appearance when she showed up at the 2018 Fashion Awards in London on Monday. Clad in a black one-shoulder dress, the Duchess of Sussex — who is expecting her first child with Prince Harry in the Spring — was glowing as she cradled her growing belly on stage while presenting Givenchy's Clare Wright Keller with the British designer of the year award. While Meghan's outing was certainly a surprise, it makes sense that the royal presented Clare with the esteemed award since she did design her wedding dress after all.

Meghan's glamorous outing comes less than a week after she made a secret visit to London's King's College for a meeting with The Association of Commonwealth Universities. During their meeting, Meghan discussed the role of universities addressing human trafficking, modern slavery, gender equality and inclusion, peace and reconciliation, climate change, and resilience. See every gorgeous photo from Meghan's stunning outing ahead!