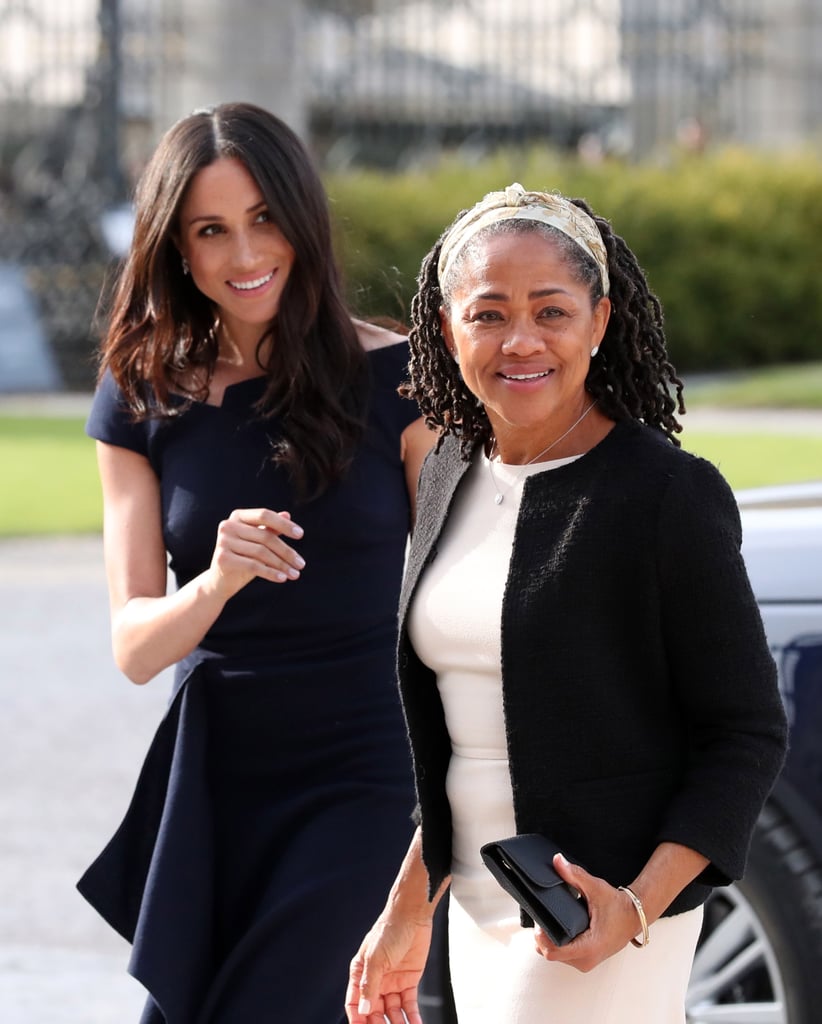 Meghan Markle and her mom, Doria Ragland, were absolutely beaming as they arrived at the Cliveden House near Windsor on Friday. Just one day before she marries Prince Harry, the 36-year-old former actress waved to photographers as she and her beloved mother made their way into the lavish hotel, where they are both staying ahead of the big day. Earlier on Friday, Meghan was seen arriving at Windsor Castle with Harry for their final wedding rehearsal; Harry also took time to greet well-wishers with his brother, William, outside the castle.

Related:
5 Things You Should Know About Meghan Markle's Mom

Also on Friday, it was announced that instead of Doria or her father, Thomas Markle, who is no longer attending the wedding, Meghan asked Prince Charles to accompany her down the aisle on Saturday. Meghan will be making history as the first royal bride to walk down the aisle of her wedding without an escort; while Charles is set to join Meghan when she gets to the Quire (where all the royal guests will be seated), Meghan is making a strong statement by walking down the chapel nave alone.