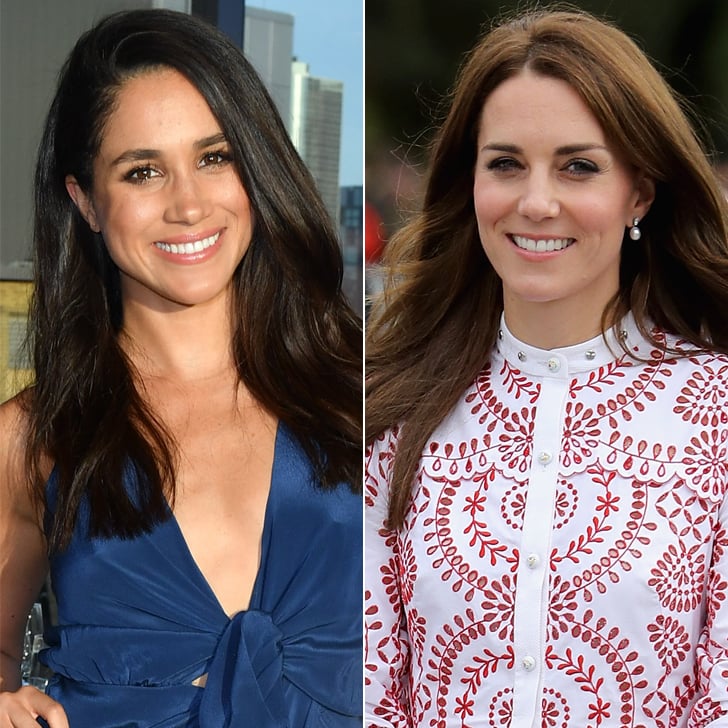 Things were getting serious between Meghan Markle and Prince Harry last year. So serious, in fact, that the royal introduced her to Kate Middleton and Princess Charlotte, Us Weekly reported. According to a source, Meghan met Harry's sister-in-law and niece at Apartment 1A in Kensington Palace on Jan. 10 2017, and "Meghan's so happy she's getting to know more of Harry's nearest and dearest." The insider also revealed that the meeting "went well," and Meghan bought a leather-bound Smythson notebook for Kate, whose birthday was the day before. Prince George missed out on all the fun because he had school, so he stayed behind with a nanny at in Anmer Hall.

Meghan and Kate's meetup comes four months after Meghan was introduced to Harry's father, Prince Charles, and less than a month after Harry whisked Meghan away to see the Northern Lights in Norway.

Related:
Prince Harry "Is More Serious" About Meghan Markle Than He Was With Any of His Exes