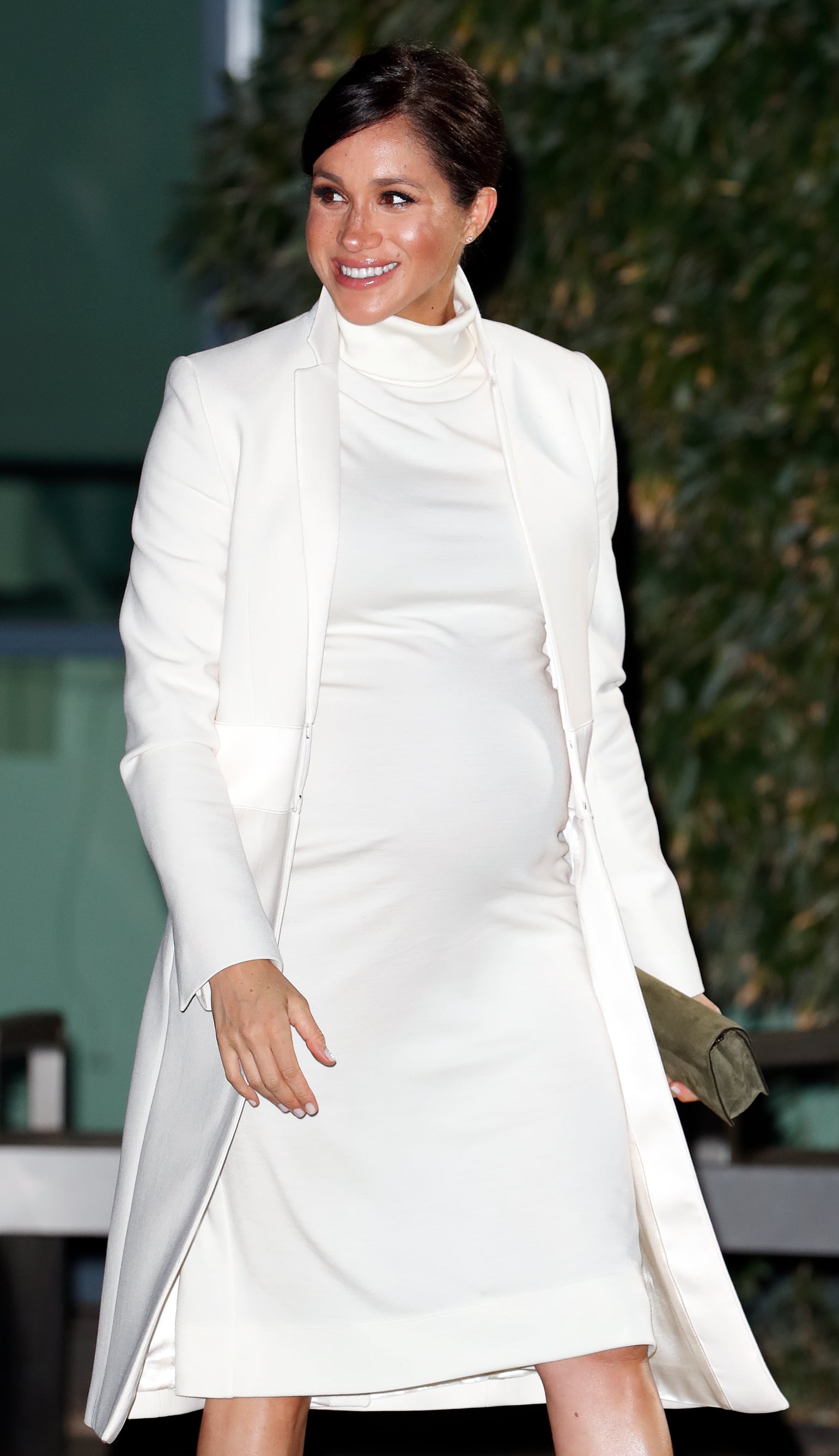 Meghan Markle is back on American soil! After a handful of glamorous royal engagements with Prince Harry in London, the Duchess of Sussex is reportedly enjoying some well-deserved rest and relaxation in New York City. According to Harper's Bazaar, Meghan flew across the pond on Friday, Feb. 15, to spend five nights in the Big Apple and celebrate her baby shower with close friends before welcoming her first child in late April. "It's been a relaxing visit," a source told Harper's. "Nothing beats face time with your friends. Meg will be flying home refreshed and relaxed — and with a lot of new baby clothes." Aww! Read on to learn all the details we know about the royal mom-to-be's baby shower and fun-filled girls' trip.

What She's Been Up to in NYC

The duchess has mostly been kicking her feet up at an undisclosed five-star hotel in the city, but she's also made some time to stop by some of her go-to spots around town. She and Canadian stylist Jessica Mulroney reportedly paid a visit to Ladurée in SoHo, where they enjoyed macarons and tea in a private space inside the bakery. Welp, I guess UPS lost my invitation in the mail.

When Is Her Baby Shower?

Meghan's friends are throwing her a baby shower at a private location on Feb. 19.

Who Will Be There?

For now, we only know that 15 guests will be present at the shower. Our fingers (and toes!) are crossed that some of the guests share a few pictures from the special day so we don't pass out from a FOMO overload.

Where Meghan's Headed Next

Later this week, Meghan and Prince Harry will jet off to Morocco for a three-day visit focusing on girls' education and youth empowerment. Their stay will last from Feb. 23 to Feb. 25 and marks Meghan's last flight before giving birth to Baby Sussex, Harper's Bazaar reports.