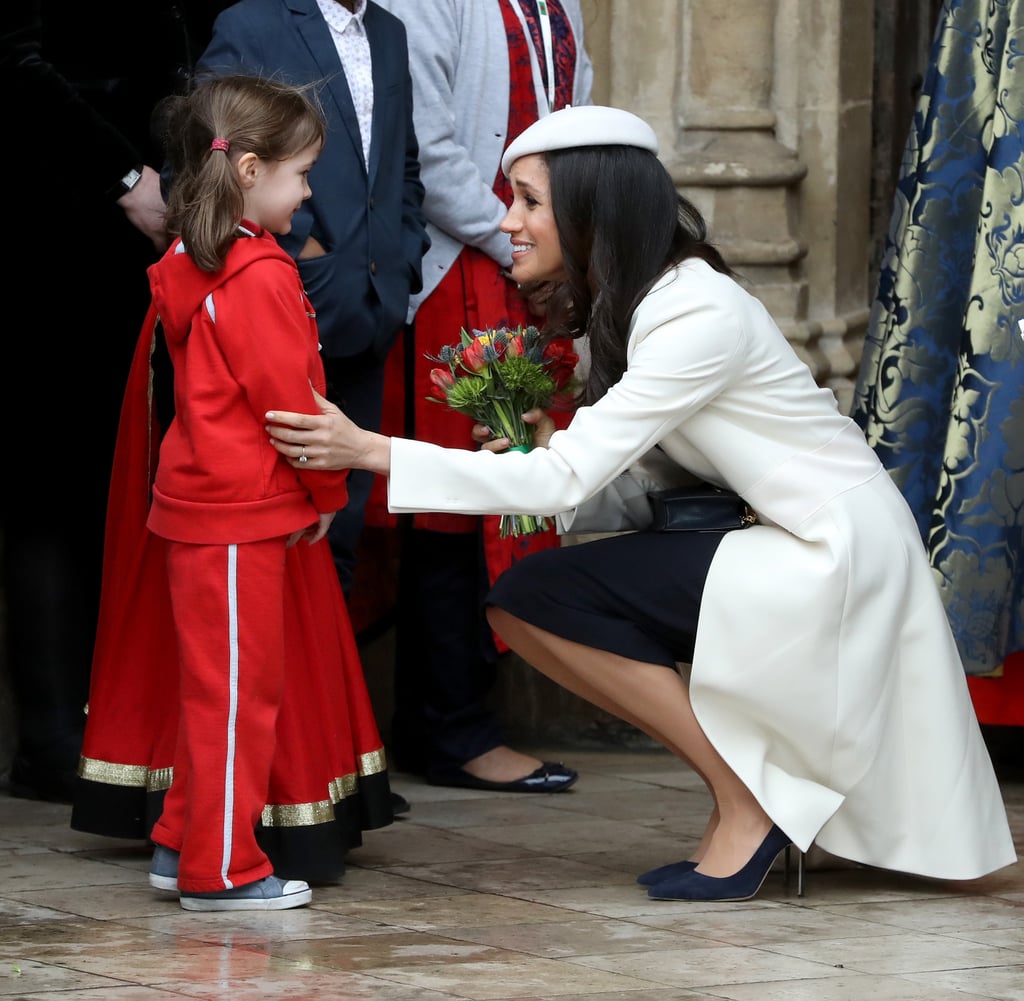 Meghan Markle has only made a handful of public appearances with Prince Harry so far, but she's already proving herself to be quite the kid magnet. Like her fiancé and future in-laws Prince William and Kate Middleton, Meghan hasn't shied away from bonding with the children she's come across on her royal outings, and on Monday, she was photographed bending down to talk to a little girl at the Commonwealth Day service in London.

As she departed the service with Prince Harry by her side, the former Suits star stopped to greet a young girl outside Westminster Abbey, and both parties looked thrilled. At one point, another little girl came over to make Meghan's acquaintance, which naturally also brought over Prince Harry and Kate, who also greeted the girls.

Just last week, Meghan was seen giving advice to an adorable 10-year-old girl during a visit to Birmingham, England. After Sophia Richards told Harry that she wants to be an actress when she grows up, he led her over to Meghan for a chat. "Meghan told me that I can achieve whatever I want to achieve," Sophia told reporters, adding, "And Meghan said she would like to see me on TV when I become an actress." Would you expect anything less?