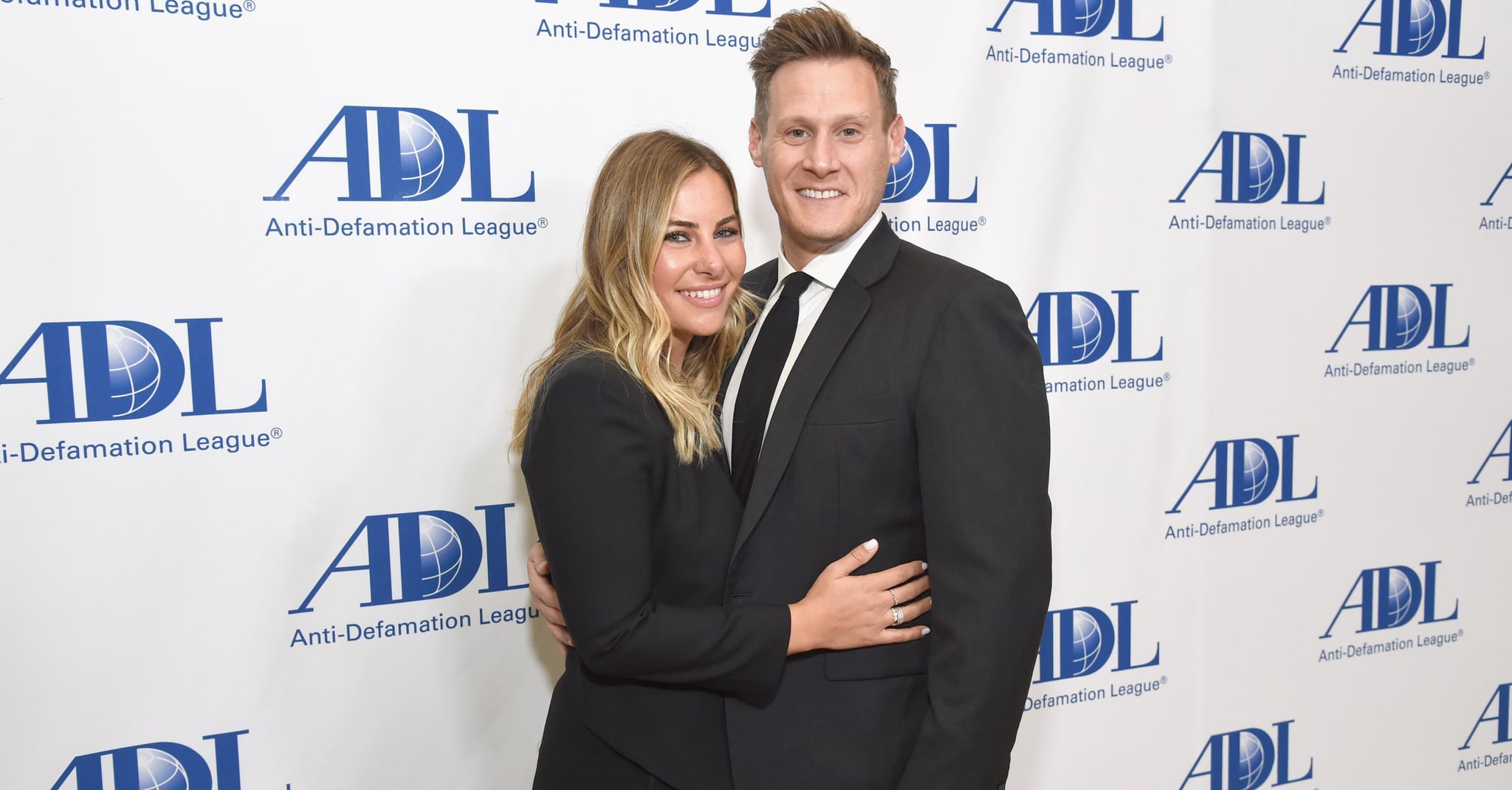 Well, here's something to sip on. Two weeks after the world watched Prince Harry and Meghan Markle tie the knot at Windsor Castle in England, Meghan's ex-husband, Trevor Engelson, shared the news of his engagement to his girlfriend, Tracey Kurland, Us Weekly reports. The 41-year-old film producer popped the question in Napa, CA, after dating the dietician for three years, and revealed the news on his private Instagram account on Friday, June 1.

"Luckiest guy I know! Get ready to party!" Trevor reportedly captioned a photo of the happy couple. According to the outlet, the celebratory photo also shows Tracey's left hand resting on Trevor's shoulder showing off her diamond rock. Talk about timing!

Trevor and Meghan dated for six years before wedding in Ocho Rios, Jamaica in September 2011. The former couple were married for two years before filing for divorce, citing irreconcilable differences as the reason for their split. The rest, as you know, is British royal history. Congrats to Trevor and Tracey!