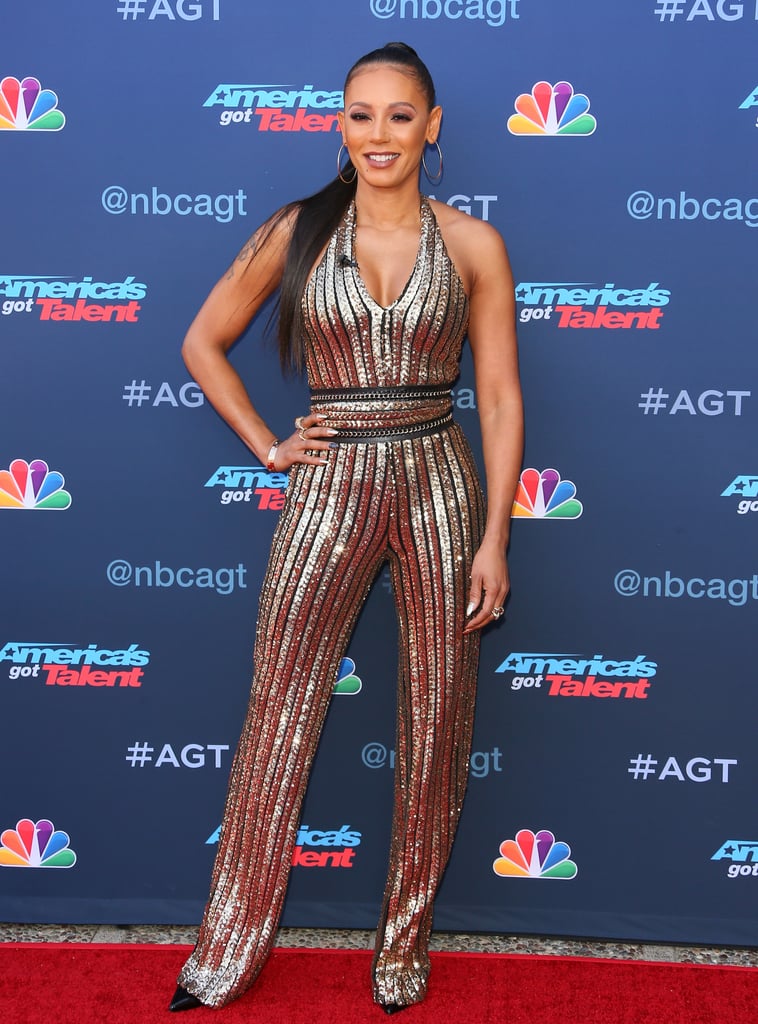 Despite her recent split from husband Stephen Belafonte, Mel B seems to be doing just fine. On Monday, the former Spice Girls singer was all smiles when she stepped out for the season 12 kickoff of America's Got Talent in Pasadena, CA. Mel dazzled in a gold jumpsuit, and was joined by fellow judges Simon Cowell, Heidi Klum, and Howie Mandel. The outing marks Mel's first public appearance since she filed for divorce from the film producer after ten years of marriage. Mel is asking for joint legal and physical custody of their 5-year-old daughter, Madison Belafonte, and the date of their separation was listed as Dec. 28 in the court documents. She has also requested to terminate the court's ability to award spousal support.

It's been a difficult month for Mel; her father, Martin Brown, passed away on March 4 after a five-year battle with cancer. She announced the tragic news in an emotional Instagram post, writing, "It is with great sadness after a 5yr battle to multiple myeloma cancer our loving father Martin Brown passed away age 63 peacefully yesterday. Both of us his children were by his side and would like to say thank you to St Gemma's and all the doctors and nurses for there amazing care and support over the years." Mel is also mom to daughters Angel, 9, and Phoenix, 18, from previous relationships, and Stephen shares daughter Giselle, 12, with ex-girlfriend Nicole Contreras.