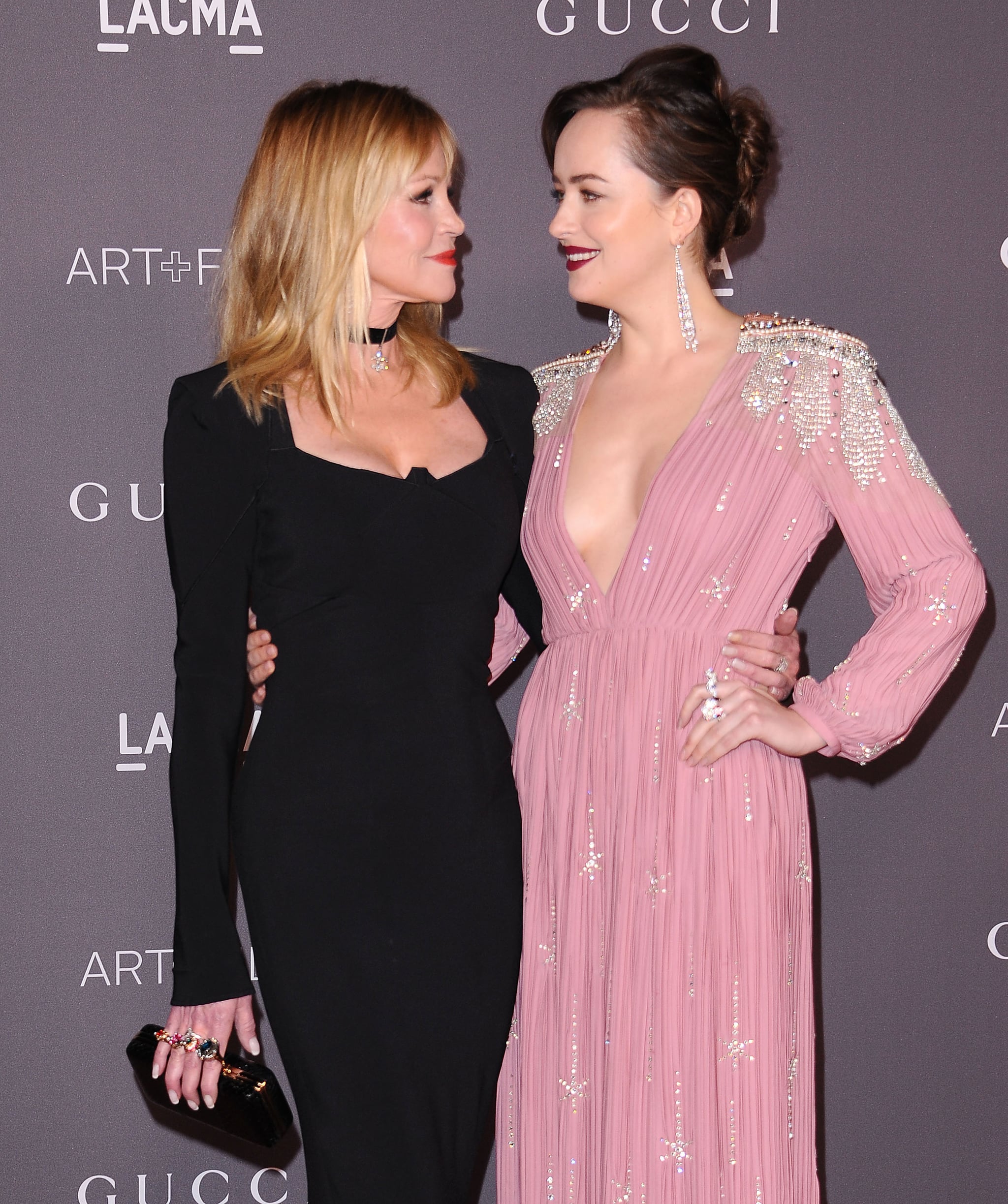 Melanie Griffith certainly seems to approve of her daughter Dakota Johnson's romance with Chris Martin. In a recent interview with People, the 60-year-old actress had only nice things to say about the 41-year-old Coldplay frontman. She said, "I adore him! But she is very private about her life and I respect that."

Rumors began circulating that Chris and Dakota had struck up a relationship back in December 2017. The following month, the couple were spotted taking a romantic stroll on the beach in Malibu, CA. Then in February, Chris and Dakota attended Ellen DeGeneres's 60th birthday party, where Chris's ex-wife, Gwyneth Paltrow, was also in attendance with her fiancé, Brad Falchuck.

Though Melanie is respecting her daughter's privacy and decision to stay mum on the relationship, it's nice to know that she's given it her important motherly stamp of approval.